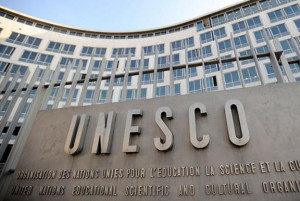 UNESCO on Tuesday, 16 Tishrei, ratified its draft resolution which denies the Jewish People’s connection to Har Habayis and the Kosel, referring to Har Habayis by its Arabic name, not the Temple Mount. The revote occurred while Mexico was working to schedule a re-vote.

Mexico then sidestepped and announced a change in its opinion, but ultimately, the motion was ratified as was expected.

Sources quote Mexico’s change of heart, now opposing the opposition, with a Foreign Ministry statement saying the link between areas of eastern Jerusalem and the Jewish People cannot be denied. Efforts by Israel to delay the ratification move were unsuccessful.