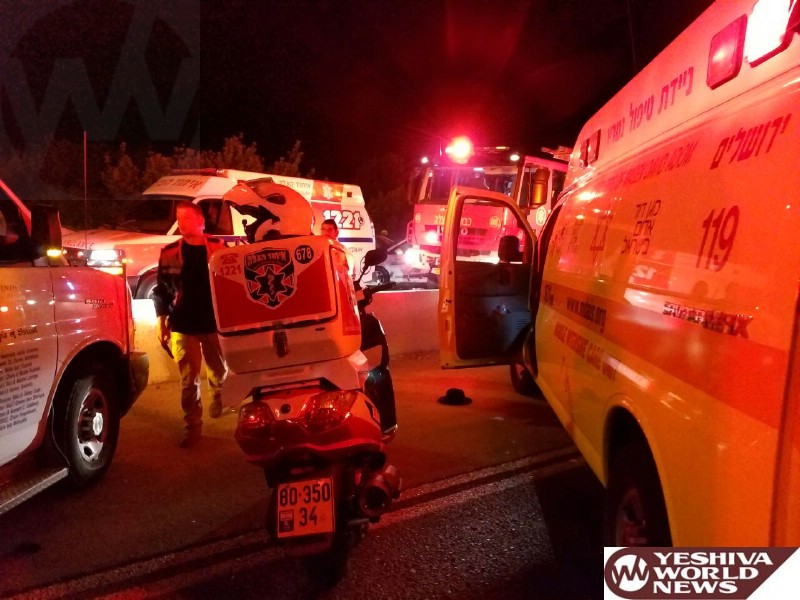 An indictment was handed down in the Jerusalem district against the driver who caused the 8 Tishrei vehicular accident on the Jerusalem-Tel Aviv Highway near Latrun that lead to the deaths of talmid yeshiva Aviad Almalel z”l, 19 and his cousin Elisheva Hadad a”h. Several others were injured in the accident, some seriously.

A 34-year-old Modi’in resident was indicted on charges of vehicular manslaughter for driving under the influence of alcohol and drugs and obstruction of justice for intentionally modifying his vehicle when police arrived on the scene and then lying to police. He told police he does not have a license and he was not the driver but the driver was his friend Arcady. He had already phoned Arcady, asking him to come to the scene.

The defendant’s blood tests were positive for marijuana, cocaine and alcohol. Police report he has 11 previous traffic convictions.