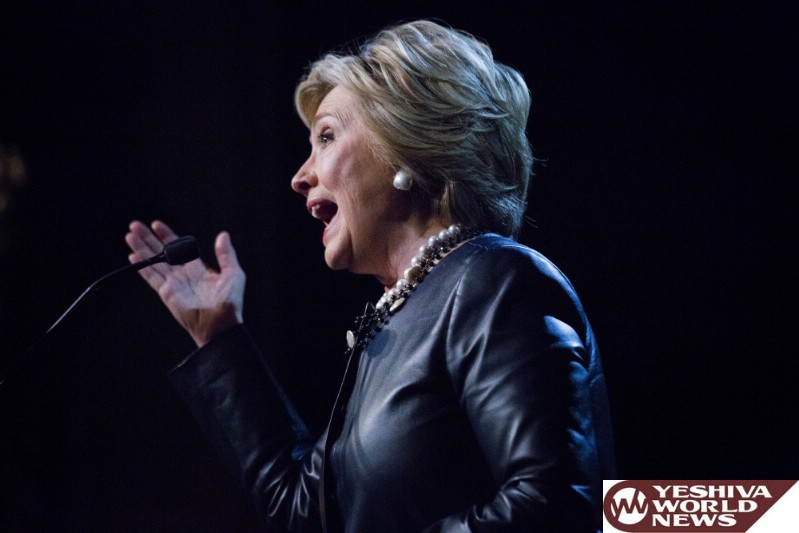 As Hillary Clinton presses for a return to the White House, so, too, does the Clinton inner circle — the family of aides and confidants that have at times strained the loyalty, patience and political judgment of the figures at its center.

The Democratic presidential nominee is in the middle of one such moment. A little more than a week from Election Day, her campaign has been rocked by a controversy sparked anew by the exploits of her closest aide’s estranged husband.

It is, on one level, the most surprising of October surprises — an almost unbelievable collision of the tabloid tale with the stranger-than-the-tabloids presidential election.

But for those who’ve long been wary of the company the Clintons keep, it was a reminder of the downside of both Bill and Hillary Clinton’s famed loyalty — and a reluctance to distance themselves from drama bound to do them political harm.

The Clinton campaign declared Saturday it was firmly behind Huma Abedin, the longtime aide and Hillary Clinton confidante whose emails showed up on a computer seized by law enforcement officials investigating husband Anthony Weiner’s online contact with a minor. The FBI decision to review the new emails, as part of its investigation into Clinton’s private email server, breathed new life into Clinton’s own email woes.

“We of course stand behind her,” Clinton campaign chairman John Podesta told reporters, saying Abedin has “completely and voluntarily complied with and cooperated with the investigation.”

Abedin is the best-known member of Clinton’s insular band of loyalists. Glamorous and fashionable, she has long been a recognizable figure among Clinton supporters and political opponents.

Republican nominee Donald Trump was perhaps the first to raise the concern that Abedin’s marriage might be a problem for Clinton, tweeting more than a year ago that Weiner was “a major security risk as a collector of info.”

Clinton stood by her when Weiner’s first online scandal cost him his seat in Congress, and when his second imploded his bid for New York mayor. When Abedin announced her separation from Weiner earlier this year, it was Clinton’s campaign that sent her statement to reporters.

Abedin is only one of the longtime Clinton crew that has caused headaches in the final stretch. The trove of emails hacked from Podesta’s account and published by WikiLeaks has offered new detail on friction, alliances and maneuvering in the Clintons’ orbit.

The correspondence is particularly striking as speculation swirls about who will be brought into a Clinton administration and who will be kept at a distance.

Among the emails was a memo from Bill Clinton’s longtime aide Doug Band, a co-founder of Teneo, detailing how he mixed fundraising for the Clinton Foundation with his personal consulting business. He labeled the web of connections “Bill Clinton, Inc.,” a moniker on which Republicans have seized as evidence of the Clintons’ using their political status for personal gain.

Other emails showed the tensions between the new and old circles of Clinton confidants, as a cast of new campaign aides moved their way into the inner circle.

Philippe Reines, Clinton’s hot-tempered and foul-mouthed former spokesman and fierce defender of Clinton in the Senate and at the State Department, in particular, was shown to be grappling with the new regime.

In a March 2015 email to Podesta, Reines said it was a “bitter pill to swallow” knowing he would not be by Clinton’s side for her second White House run.

“My participation should be dialed way back down to where you decided it to be, with clear boundaries, which honestly, is where I need it to be for myself,” Reines wrote.

But, as often happens in Clinton’s circle, Reines found his way back. He stepped in to play the role of Donald Trump in a series of practice debates, winning lavish praise from other aides for his spot-on portrayal of the Republican businessman. Clinton herself has given Reines a cameo in her stump speeches, referring to him as the “young man” who helped prepare her to take on Trump.

Reines made an actual appearance with the campaign on Saturday, joining the team of traveling aides. Abedin, who has been a regular fixture on the Clinton plane, stayed behind in New York.