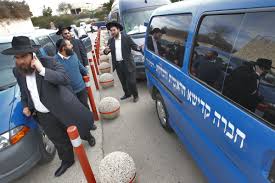 Teenager Natan Zeituni z”l was killed in a vehicle accident when his bicycle collided with a vehicle on Route 417. The family has since learned that the tragedy of his sudden death is being compounded by the refusal of the chevra kadisha to permit his kvura in the Shomrei Shabbos cemetery in Bnei Brak for various reasons.

HaGaon HaRav Shimon Ba’adani, a member of the Shas Moetzas Gedolei Torah has become involved, sending a letter to clarify the niftar was shomer Shabbos and was makpid in his adherence of Torah and Mitzvos.

In his letter, Rav Ba’adani explains that since the petira of his friend Yaakov Levi 18 months ago, the niftar did teshuvah and returned to a life of Torah and Mitzvos including daily tefilla and limud Torah. The rav added the niftar did not have a non-kosher phone and when he was killed tragically, he was returning from learning with his chavrusa in Elad.

The rav explains he was asked to assist in the matter to permit the niftar to be interred in Bnei Brak to prevent additional pain and sorrow to the family as well as preventing ‘bitzui’ of the niftar. Rav Ba’adani explains an avreich was witness to the fact the niftar returned to a proper life and davens three times daily and learns Torah regularly.

Rabbi Yitzchak Stern of Kehillas Ziv Yehuda also become involved, adding “It is most unfortunate the doors are being closed to a baal teshuvah”.

Ultimately, the decision was made to bury the niftar in a shomer shabbos cemetery in the Yarkon area.