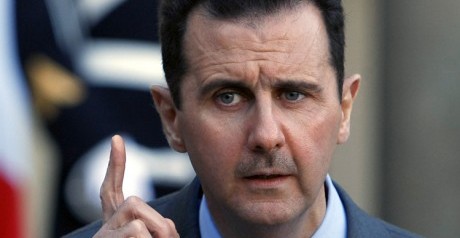 A group of lawyers are seeking to launch a criminal case in Germany against Syrian President Bashar Assad over alleged war crimes committed in the city of Aleppo.

The lawyers on Monday presented a criminal complaint against Assad, which they are submitting to German federal prosecutors. German law allows prosecutions under the principle of universal jurisdiction, under which countries can pursue foreigners for crimes committed abroad.

The lawyers cited Amnesty International reports and individual accounts by asylum-seekers in Germany in arguing that there is overwhelming evidence of multiple atrocities committed by Assad in Aleppo between April and November.

He cited the targeted bombing of hospitals, cluster bombs on civilians and forced expulsion.