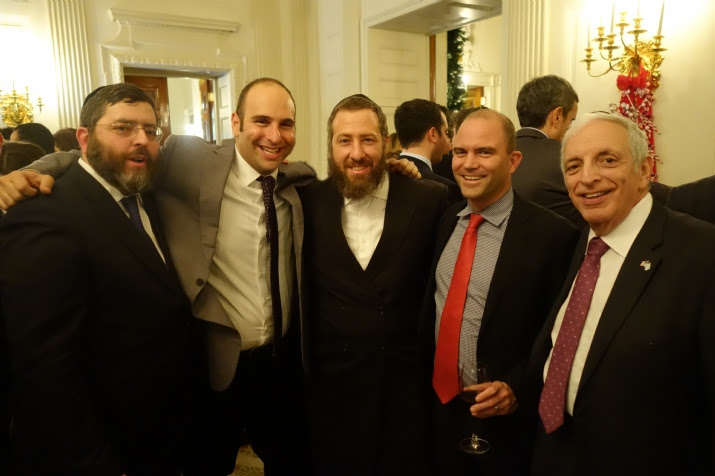 As the secular holidays coincides with the onset of Chanukah, a time when the President is on vacation in Hawaii, the traditional White House receptions was moved up by over a week to accommodate the President’s schedule.

Following what has become a tradition in the Obama White House there are two receptions; one in the afternoon followed by one in the evening to allowing for a diverse array of Jewish personalities from across the spectrum to participate which the President jokingly alluded to in his evening remarks “This is our second Hanukkah party today, but in the spirit of the holiday, the White House kitchen has not run out of oil.”

At the afternoon ceremony, the Obamas honored Elie Wiesel, the Holocaust survivor, author and Nobel Peace Prize winner who passed earlier this year.

“Its important for our community to internalize that the White House Chanukah Reception is not merely a party to socialize but an important milestone for the Jewish community when the leader of the free world identifies with the historical aspirations of our people” said Ezra Friedlander, CEO of The Friedlander Group who participated.
“When the President speaks the world listens and this year’s remarks addressing issues pertaining to highlighting the protection of religious freedom was especially significant in light of recent attempts to ban religious rituals domestically and abroad.”

President Obama remarks addressed this topic as follows: “The first chapter of the Hanukkah story was written 22 centuries ago, when rulers banned religious rituals and persecuted Jews who dared to observe their faith. Which is why today we are asked not only to light the menorah, but to proudly display it — to publicize the mitzvah.

Everybody in America can understand the spirit of this tradition. Proudly practicing our religion, whatever it might be — and defending the rights of others to do the same — that’s our common creed. That’s what families from coast to coast confirm when they place their menorah in the window — not to share the candles’ glow with just your family, but also with your community and with your neighbors.

The President concluded by honoring the memory of Elie Wiesel by referring to ” The story of Hanukkah, the story of the Jewish people, the story of perseverance — these are one and the same. Elie Wiesel taught us that lesson probably better than just about anybody. In one of his memories of the Holocaust, Elie watched a fellow prisoner trade his daily ration of bread for some simple materials with which to piece together a makeshift menorah. And he wrote that he couldn’t believe the sacrifices this man was making to observe the holidays. A stunned Elie asked him, “Hanukkah in Auschwitz?” And the man replied, “Especially in Auschwitz.” 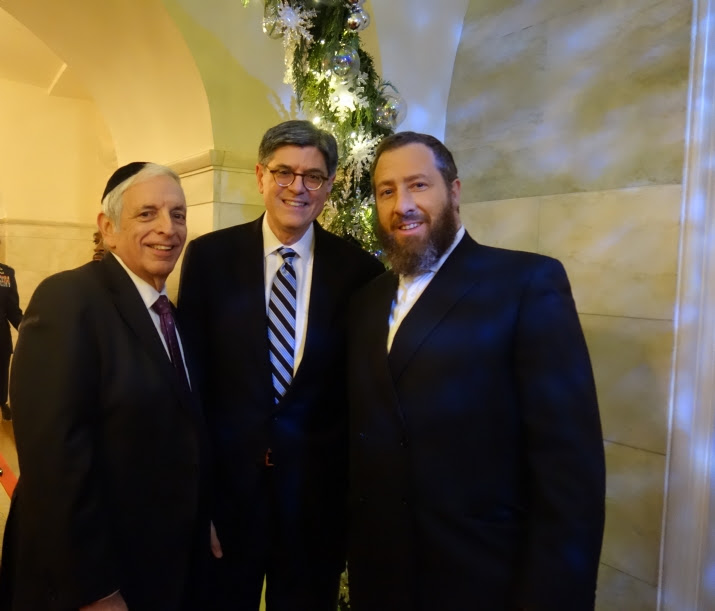