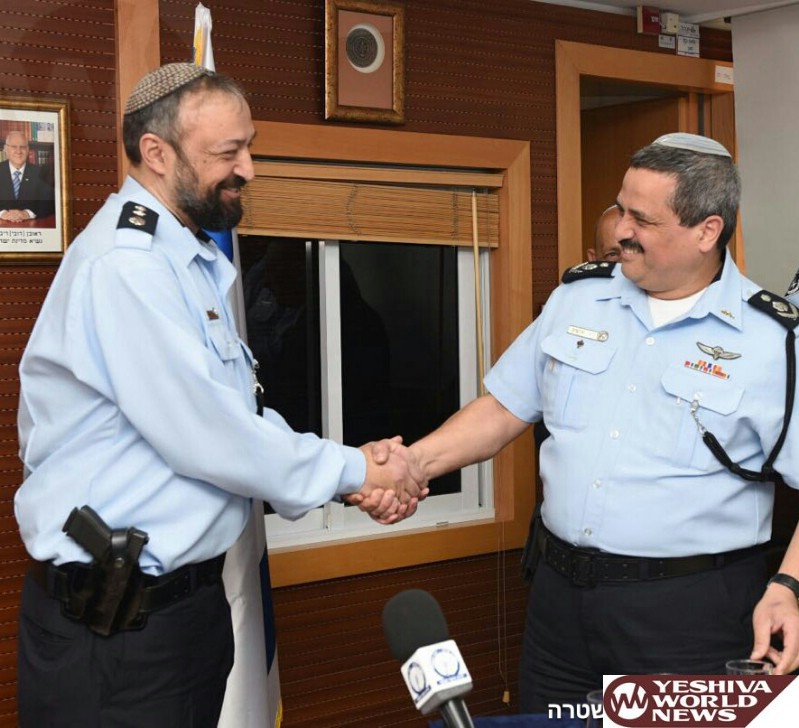 Rabbi Rami Barchiyahu on Monday, 19 Kislev, received his rank of Nitzav Mishneh (Commander) and will be serving as the new Chief Rabbi of Israel Police as reported.

Taking part in the modest ceremony were Police Chief Roni Alsheich, as well as family members of Rabbi Barchiyahu, 50, a resident of the Shomron community of Talmon.

The rav is a graduate of the Birchat Moshe Hesder Yeshiva in Maale Adumim where he was a talmid of HaGaon HaRav Nachum Rabinowitz Shlita. He also serves as a dayan in a monetary beis din with Rabbi Michael Hershkowitz, Rabbi Yaakov Sharabi, Rosh Yeshivat Nachlat Yisrael, Rabbi Chaim Tzafri and Rabbi Kupfeld. He is also a member of the Tzohar Rabbonim Rabbinical Council.

In the military, he served as a combat soldier in the 188th Brigade. He headed the project ״מאמינים במשטרה״ to bring in new talent to the police department.

The rav grew up in the Bucharim area of Yerushalayim. He was very influenced by Sephardi poskim, especially HaGaon HaRav Ovadia Yosef ZT”L. 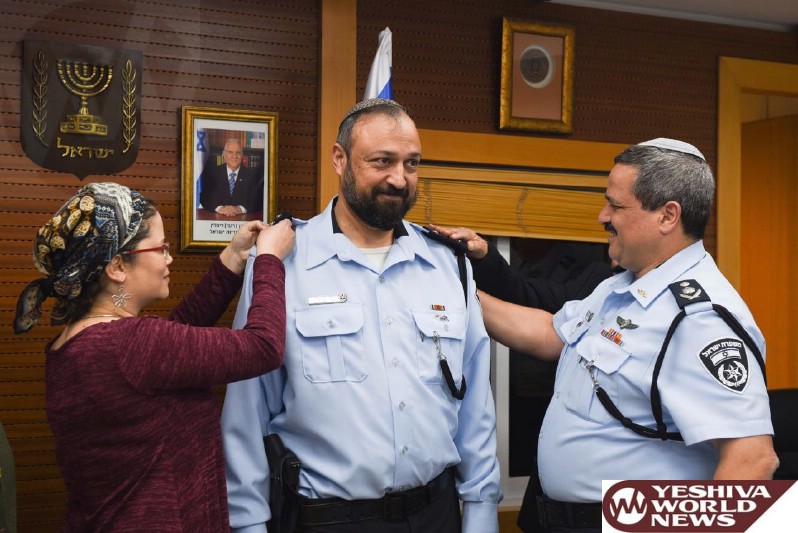