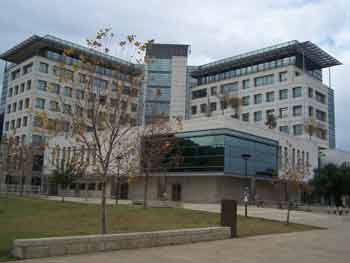 MK (Arab Bloc) Yousef Jabareen is calling on Attorney General Avichai Mandelblit to launch a criminal investigation against a rav of Technion University in Haifa, Rabbi Dr. Elad Dokow for breaking laws against incitement. Jabareen, an attorney by profession, addresses a “psak halacha” released by Dokow prohibiting students from bringing a Xmas tree or Santa Claus caps on campus. Rabbi Dr. Dokow is quoted in a Shu’t online on the dati leumi Kippa website in which he says “A Xmas tree is a Christian religious symbol but more problematic – more pagan. The Rambam (Hilchos Avoda Zara) teaches us to avoid any place that involves avoda zara and we are obliged to avoid it when possible. Therefore, one should not do this and not bring it into the student building.”

The rav is then asked if one may buy food in the student building, to which he responds “I do not see any way to permit this especially to say HKBH’s name in such a problematic locale.

Jabareen feels the words Dokow are an assault against the many Arabic students attending Technion. He feels the rabbi’s words are nothing less than incitement to racism, and therefore, a violation of the law. He also requests that the rabbis be suspended from his academic position pending the outcome of the investigation.