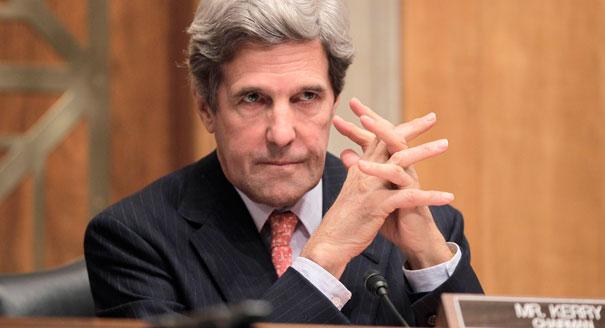 According to a report appearing in the Egyptian daily Egyptian daily Al-Youm Al-Sabea, US Secretary of State John Kerry met in Washington earlier this month with a PA (Palestinian Authority) delegation. They discussed the draft of UN Resolution 2334, with Kerry agreeing to cooperate to push it through.

The Egyptian report places Kerry at the meeting along with National Security Advisor Susan Rise and senior PA negotiator Dr. Saeb Erekat who was accompanied by the head of the PA General Intelligence Service, Majed Faraj.

The report, based on leaked documents from an unknown source, contain statements from Israeli officials who claim the resolution was in fact orchestrated by the Obama administration.

A spokesman for Prime Minister Binyamin Netanyahu, David Keyes stated, “We have ironclad information that emanates from sources in the Arab world and that shows the Obama administration helped craft this resolution and pushed hard for its eventual passage.” Israel is not revealing its proof, which it adds will be revealed to the relevant officials in the incoming Trump administration.

The US Department of State and Dr. Erekat deny the validity of the report.