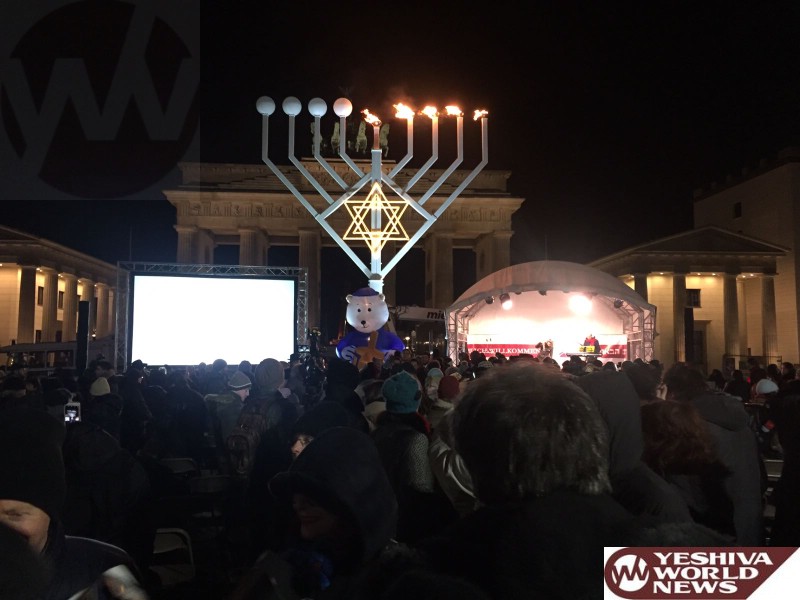 Ohr Elyakim, the son of Berlin marketplace terror attack victim Dalia Elyakim HY”D, was on hand in Berlin to light Chanukah candles in a public ceremony.

Twelve people were murdered in the diabolical attack, which left many others injured. The public ceremony, sponsored by Chabad, took place at the Brandenburg Gate.

Public officials were in attendance, representing Jews, Christians and Muslims. Rabbi of the Berlin Jewish community Rabi Yehuda Teichtal addressed the event which was attended by about 1,500 people. 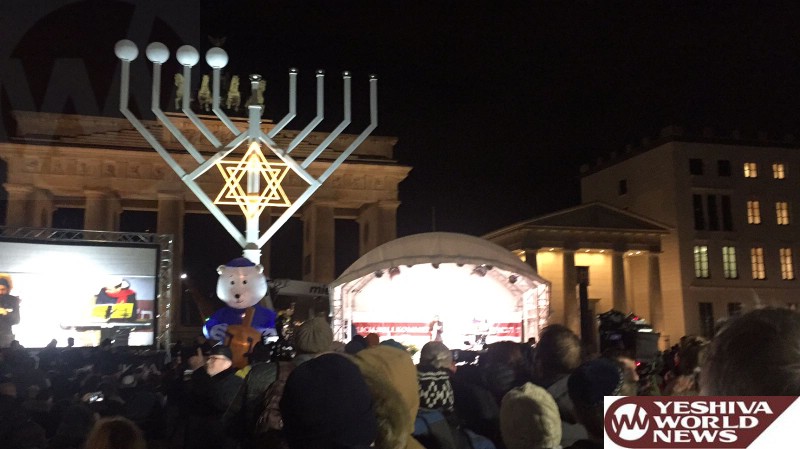