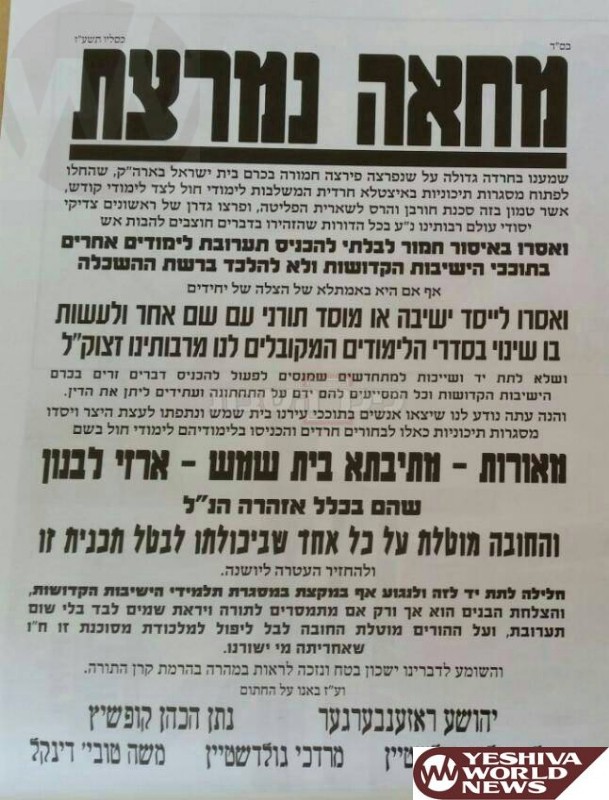 Chareidi rabbonim have come out against yeshiva high schools operating in Beit Shemesh, schools that teach secular studies and offers one a matriculation diploma.

According to the Kikar Shabbos News report, rabbonim from the entire chareidi community, litvish and the Eida Chareidis, are counted among those opposing the schools; Mesivta Beit Shemesh, Yeshiva Arzei Levanon and Yeshiva Meorot.

It is unclear what prompted the pashkavilim in the past weeks since all of the above-mentioned schools have been operating for at least a number of years.

It is also added that Yeshiva Arzei Levanon does not offer a matriculation exam but does offer a more ‘relaxed’ curriculum than a standard chareidi yeshiva ketana.