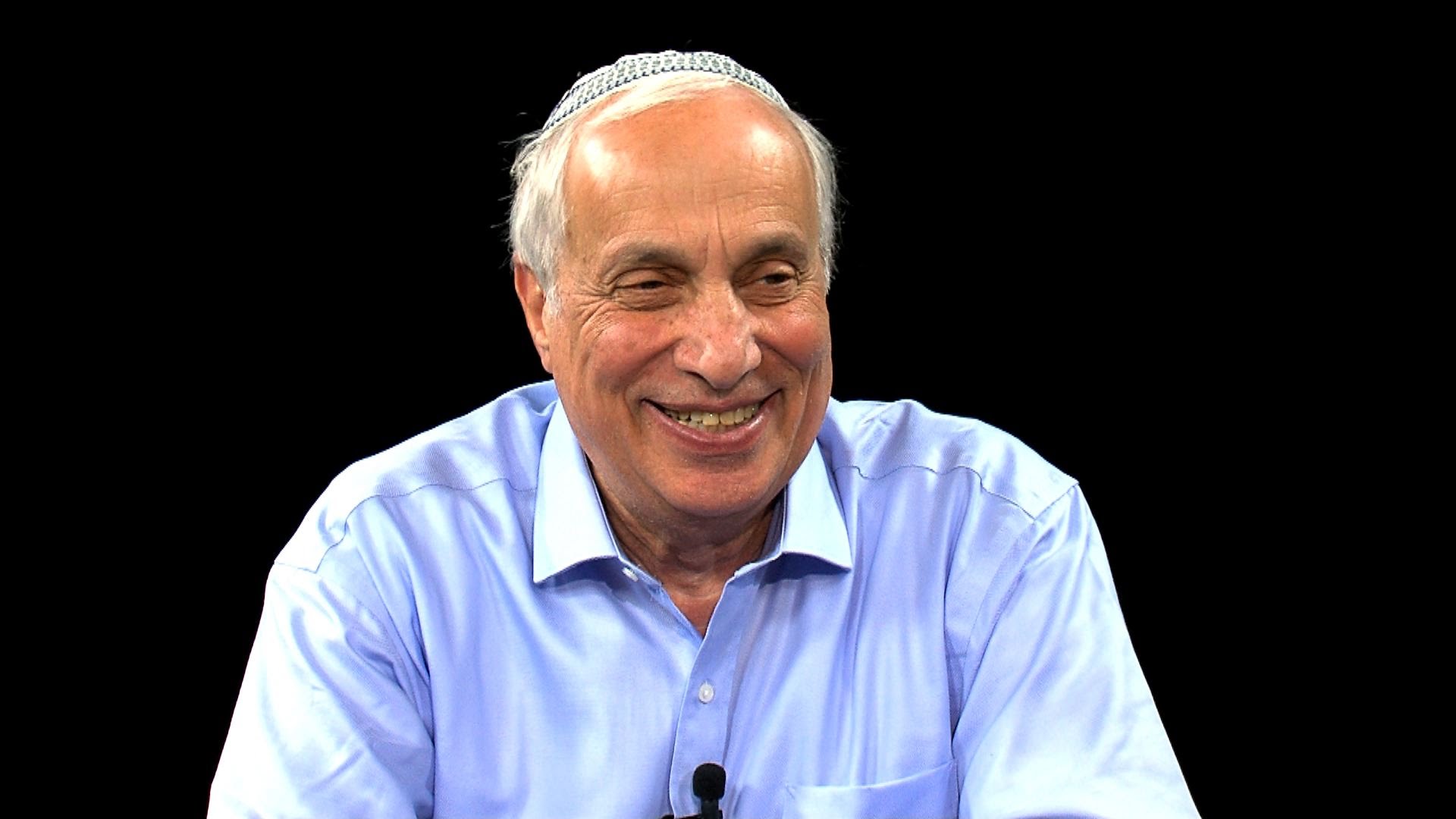 The following is via Yated, and appears in this weeks newspaper:

The Yated has for years documented and exposed the invalid claims of the Open Orthodox movement to be Orthodox. Open Orthodoxy’s innovations of giving women semicha, celebrating to’eivah marriage, having women lead parts of davening (referred to as “partnership minyanim”), and espousing hashkafos that are contrary to the Torah make this movement little different than other deviant movements in the history of Klal Yisroel, such as the modern-day Conservative and Reform movements. In fact, a lot of what Open Orthodoxy has been doing strongly resembles the Conservative movement in its development.

Lately, Open Orthodoxy has begun to dabble in p’sak halacha. The heads of Yeshivat Chovevei Torah, the Open Orthodox rabbinical school of Avi Weiss, have written “teshuvot” on many topics and have created a website to share them called the Lindenbaum Center for Halachic Studies. These people have now gathered an assortment of progressive Orthodox leaders (including a woman “rabbi”) for their first Yom Iyun, which took place on the first day of Chanukah, to discuss the role and attitudes toward halacha in progressive Orthodoxy.

Open Orthodoxy wants people to take its heads seriously as halachic authorities. These heads, such as Rabbi Dov Linzer, YCT’s rosh yeshiva, and Rabbi Ysoscher Katz, YCT’s chairman of the Talmud department and head of the Lindenbaum Center, have written “teshuvot” on very serious issues, such as geirus, eiruvin, kashrus, yichud and other topics. The authors of these “teshuvot” have never been recognized as poskim, have never been part of a bais din, and don’t have the backing of any recognized poskim. Despite this, they have taken upon themselves to pasken for the tzibbur, including teshuvos being mattir women to lead Selichos, to receive aliyos, and to publicly nurse babies in shul.

Let us look at some of this more closely, using a few of the examples that appeared and were analyzed by Rabbi David Rosenthal in his acclaimed book, Why Open Orthodoxy is Not Orthodox:

Rabbi Linzer penned a letter encouraging people to donate money to assist in the rebuilding of churches:

“Given the recent horrific attack in Charleston and the terrible burnings of churches that has occurred in the last few days, I encourage all of you to show your support for those who have been attacked, and to act in a way of kiddush sheim Shomayim to counteract these terrible hate crimes. One way you can do this is by donating money to help in the rebuilding of these churches… Rav Moshe (YD 1:68) ruled that an architect can draw up the plans for the construction of a church, and that mi’ikar ha’din [according to the strict letter of the law] it is permitted to actually participate in the building of a church (and this is even without the argument that it is not avodah zarah for them!). ”

Rabbi Rosenthal explains that while Rav Moshe Feinstein writes that it is technically permitted to serve as an architect for a church – far from the implication given by Linzer that Rav Moshe allowed a Jew to donate money to a church – Linzer neglects to cite that Rav Moshe qualifies his ruling by limiting it only to situations where not to do such a job would entail a serious financial loss to the architect, or as pertains to the exigencies of a poor man’s livelihood, or when not doing so would generate hatred. Linzer also neglects to mention that Rav Moshe calls the practice “improper.”

Moreover, Linzer omits mention of the fact that Rav Moshe explicitly forbids donating money to a church in another teshuvah.

In another Open Orthodox “teshuvah” analyzed by Rabbi Rosenthal (this “teshuvah” is by the rosh yeshiva of Yeshivat Maharat, the Open Orthodox school that gives semicha to women), it was ruled that it is not necessary even lechatchilah to have a bais din in the room when a person is tovel for geirus, in contradiction to Yoreh Deah 268:2-3. This “teshuvah” ignores a teshuvah in Igros Moshe that affirms the opposite, and it selectively quotes the first part of a teshuvah from Rav Ovadiah Yosef for support, but fails to include Rav Ovadiah’s conclusion that such a geirus may not be done and is entirely wrong.

Rabbi Avrohom Gordimer recently took Katz to task for a “teshuvah” on kashrus where Katz misread a Rashi and created a heter out of his error:

Katz wrote: “Rashi (Chulin 105a) thinks that the reason we wait is because heavy foods take time to digest, and until they are fully digested, they are still present and come up in your mouth. Eating the opposite food than the one you ate would, therefore, be considered me’drabanan as a form of mixing milk and meat. Melted cheese, the Badai Ha’shulchan explains, does not get stuck in the gums or teeth and therefore obviates the concerns of Rambam, but the taste, he claims, remains in the digestive system for a while even if it was melted, keeping Rashi’s concern intact. The Badai Ha’shulchan, as a result, believes that according to Rashi one would have to wait extra time even when eating melted hard cheese.

“I do not agree. The reason hard cheese takes longer to digest, according to Rashi, is because of its hard texture. If the food is softened, it will obviously digest faster. Therefore, based on the YY, one would not have to wait additional time when eating a pizza that has melted cheese on top, even according to Rashi.”

Rabbi Gordimer pointed out: “Rashi does not write that one must wait after heavy foods because they take time to digest and come up in the mouth until digested. Rather, Rashi writes (Chulin 105a, d”h assur le’echol gevina): ‘(One must wait after meat) because meat exudes fat(ty residue) that adheres to the palate and causes a lingering (meaty) taste (in the mouth).’ This is referred to as meshichas ta’am (lingering taste) by people who study Yoreh Deah, and this is how the Badei Hashulchan quotes Rashi. (2) Rabbi Katz writes that he does not agree with the Badei Hashulchan’s assertion that, according to Rashi, one may have to wait after eating aged cheese that has melted, because, according to Rabbi Katz, ‘the reason hard cheese takes longer to digest, according to Rashi, is because of its hard texture. If the food is softened, it will obviously digest faster. Therefore, based on the YY, one would not have to wait additional time when eating a pizza that has melted cheese on top, even according to Rashi.’ Rabbi Katz’s rejection of the opinion of the Badei Hashulchan is based on Rabbi Katz’s erroneous reading of Rashi; Rashi cites meshichas ta’am and not hardness as the reason for waiting after meat – it has nothing to do with hardness. Thus, Rabbi Katz’s critique of the Badei Hashulchan falls away.”

Katz also wrote: “The Taz holds that there is no need to wait after eating aged cheese (unless one normally conducts himself with extra [optional] strictness). This is common (halachic) practice.”

Rabbi Gordimer refuted this: “Accepted p’sak (e.g., Pri Megadim, YD 89 [1], Chochmas Adam 40:13, Aruch Hashulchan, YD 89:11, and many others) is that one must indeed wait after eating aged cheese, like the Shach (YD ibid., s”k 15). Halacha has been codified as such, in contradiction to Rabbi Katz’ assertion that this is not the halacha.”

There are so many other cases of Open Orthodox rabbis misunderstanding basic mekoros and intentionally omitting opinions that disagree with their conclusions in “teshuvot.” In any other profession, this would be malpractice, but here, it seems okay, so long as these Open Orthodox “poskim” arrive at their desired agenda and result.

Open Orthodox clergy have made it no secret that their goal in halacha is to fulfill an agenda. Rabbi Yosef Kanefsky, the senior Open Orthodox rabbi who has removed the brachos of “shelo asani goy” and “shelo asani isha” from his davening, stating that these brachos are offensive, wrote: “In the end, though, the halakhic scholarship simply paints a bull’s eye around the target that I — and many others before me — had already identified.” Halacha for this rabbi is not emes, but a way to reach an agenda.

Shmuly Yanklowitz, a famous activist YCT graduate who has called some parts of Torah “evil,” wrote: “The nuanced teachings were progressive in their time, but our sacred responsibility is now to reinterpret them (as our sages have always done) to be moral lights in our time. Within Jewish law, the principles, not the rules, are eternal.”

The YCT rosh yeshiva wrote: “’Should we be bending the halakhah to conform to our modern notions of egalitarianism?’ is a reasonable question to ask and a hard one to answer.”

Another very important YCT graduate wrote about his agenda with halacha while he was in YCT: “My immediate goal for my years in Rabbinical School is to acquire the tools that are necessary to overcome the halakhic and social impediments to change.”

And from Rabbi Katz again: “One of the most pressing tensions in the community is how to reconcile our values with our convictions; what to do when halakha points us in one direction and our values in another direction. We are tempted to follow our values but pulled to abide by our halakhic commitments. A proper resolution requires an emboldened stance towards tradition, one that allows us to cajole the tradition to reconcile itself with our modern sensibilities. [Using, of course, legitimate halakhic mechanisms developed by our predecessors when they were confronted with similar challenges.]”

These startling statements are not from Reform or Conservative rabbis; they are from people who call themselves Orthodox – Open Orthodox to be exact – and they are on an aggressive campaign to spread their poison and set themselves up as poskim. They have no inhibitions, as they lock horns with gedolei haposkim of earlier generations and feel confident to argue against them: “I rule like Tzitz Eliezer…,” “As a matter of p’sak, I am inclined against following Taz’s approach,” and, “There is no halachic issue with congregational Torah reading for women, nor any need to be concerned with kavod hatzibur when taking part in this kind of minyan. It is permissible for women to be called up to the Torah, to read from it, and to recite its blessings.”

These are quotes from some of the “teshuvot” of YCT’s heads.

Open Orthodoxy’s veering so far off the course of Torah and mesorah is breeding a generation of assimilated followers and even clergy, for whom being part of secular culture trumps being a Torah Jew. A popular graduate of YCT, who sends his four-year old daughter to public school in New York City, wrote last week about his daughter’s experience during this “holiday period”:

“Our 4-year-old is learning that different people celebrate differently and that some Jews celebrate [X-mas] and some Jews celebrate Shabbat. She felt confident enough to ask and to ask openly. I hope she continues to trust her instincts, love her faith and culture deeply, and never stop seeing the interconnectedness in everything.”

This is what Open Orthodoxy is reaping, and it’s now sowing seeds and claiming the mantle of halachic authority.