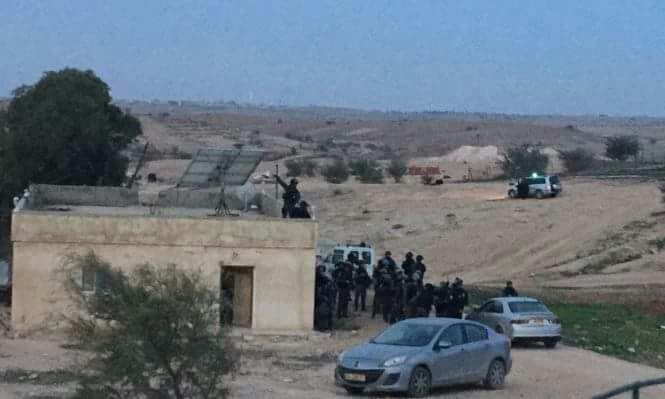 Following the preliminary investigation into the Wednesday morning events in the Bedouin village of Um Chiran, security authorities have permitted publishing details that were blocked by a gag order earlier.

Live ammunition was fired at police, who arrived at the Bedouin community during the predawn hours to escort officials carrying out demolition orders against illegal structures. While they were being targeted with live ammunition by protestors, police responded with rubber-coated bullets and smoke grenades. There are still unconfirmed reports that a protestor was killed. Staff-Sgt. Erez Levi HY”D was killed in the vehicular ramming attack. One of the area residents drove his vehicle at border police in an attempt to run them over. According to police, the driver was employed in the local education system and was a member of the Southern Branch of the Israel Islamic Association. He is also believed to have an affiliation with ISIS and he may have carried out the attack in ISIS’ name.

One of the protestors wounded by rubber bullets was Arab MK Ayman Odeh, who was transported to Soroka Medical Center in Beersheva. He was reprimanded in a media statement released by Public Security Minister Gilad Erdan for inciting violence against police rather than to work to calm the potentially volatile situation.

The video shows the vehicular ramming attack and one can hear the police gunfire in the background.