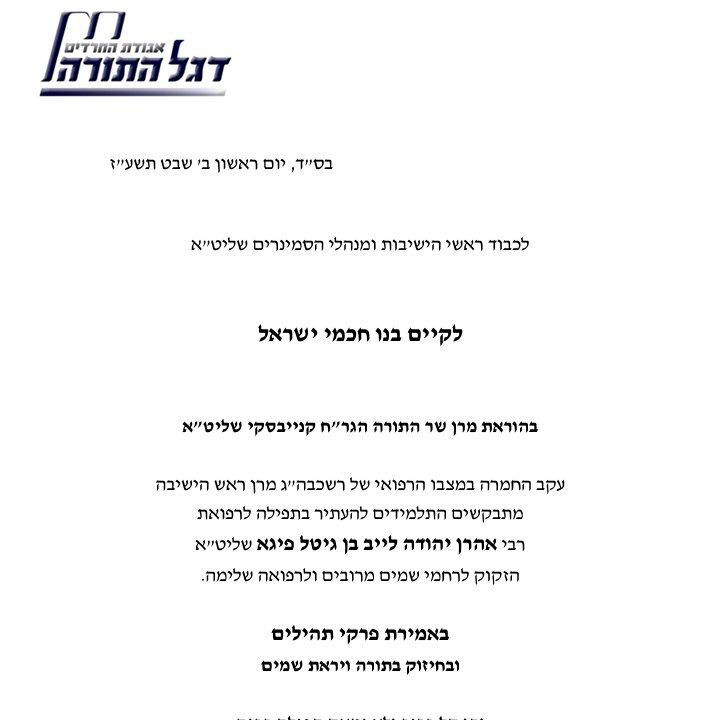 Due to reports from Mayanei HaYeshua Hospital the condition of HaGaon HaRav Aharon Yehuda Leib Shteinman Shlita has taken a turn for the worse, Degel Hatorah has released a letter to roshei yeshivos and principals of girls’ high schools to be mispallel for the Gadol Hador. Earlier, HaGaon HaRav Chaim Kanievsky Shlita called for the recitation of Tehillim 142.

Rav Shteinman was admitted to an ICU in Mayanei HaYeshua Hospital in Bnei Brak on motzei Shabbos after complaining of “difficulty breathing”. Earlier on Sunday, it was reported the medical team is seeking to determine the cause of the rav’s systemic infection.