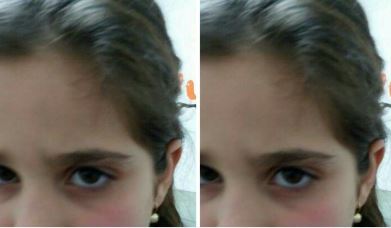 How far do those who oppose non-kosher phones take the battle? Is one justified in beating anyone over a phone, yet alone a 10-year-old girl?

This incident occurred in Elad on Sunday evening 9 Shevat at about 7:00PM. Two children, ages 11 and 12, assaulted a 10-year-old girl who lives in the city until she bled because they saw her with a non-kosher phone. Before assaulting her, they instructed her to break the phone in her hand. When she refused, they attacked.

The attack took place on Ben-Zakai Street in the chareidi city. The girl is part of the ‘chardalit’ (chareidi dati leumi) community and attends the Amihad School in the city. She was returning from a friend’s home when she was confronted by the attackers, who said “Throw the tamei phone on the ground. We will step on it and break it for you”. They of course explained to her that the phone was not a certified kosher phone and therefore, she was not permitted to keep it.

When she refused, she was attacked, knocked to the ground as they began pulling her hair. This continued until the bus she was waiting for arrived at the stop. She boarded the bus, bleeding and crying. They continued taunting her on the bus and when she turned to others to assist, they remained silent. Finally, the girl approached the driver, who threw them off of the bus two stops later.

Immediately after arriving home the victim’s parents took her for medical care because she appeared to be having difficulty breathing. After she was treated,

According to what the victim told police, what bothered her most is that not a single adult stopped to come to her assistance.