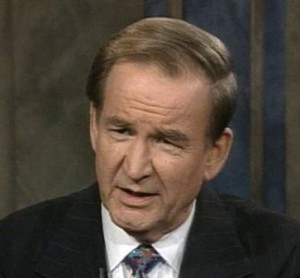 “A chorus of black commentators and civic leaders has begun expressing frustration over (Elena) Kagan’s hiring record as Harvard dean. From 2003 to 2009, 29 faculty members were hired: 28 were white and one was Asian-American.”

CNN pundit Roland Martin slammed “Kagan’s record on diversity as one that a ‘white Republican U.S. president’ would be criticized for.”

This is an excerpt from the Washington Post about the rising anger in a black community, which voted 24-1 for Obama, that one of their own was once again passed over for the Supreme Court.

Not since Thurgood Marshall, 43 years ago, has a Democratic president chosen an African-American. The lone sitting black justice is Clarence Thomas, nominated by George H. W. Bush. And Thomas was made to run a gauntlet by Senate liberals.

Is this the Democrats’ idea of diversity?

But while leaders in the black community may be upset, the folks who look more like the real targets of liberal bias are white Protestants and Catholics, who still constitute well over half of the U.S. population.

Not in living memory has a Democratic president nominated an Irish, Italian or Polish Catholic, though these ethnic communities once gave the party its greatest victories in the cities and states of the North.

What happened to the party of the Daleys, Rizzos and Rostenkowskis?

And not in nearly half a century has a Democratic president nominated a white Protestant or white Catholic man or woman.

The last was Byron “Whizzer” White, the all-American running back from the University of Colorado, nominated by his friend Jack Kennedy. White cast one of the only two votes against Roe v Wade.

What of the record of Republican presidents?

The diversity Nixon sought was first to put a Southerner on the court. He succeeded in his third try, with Powell. And he sought to put the first woman on the court, but pulled back from nominating Judge Mildred Lillie of California when the American Bar Associated rated her unqualified.

With Ronald Reagan and Bush I came Republican diversity.

Reagan’s first choice was Sandra Day O’Connor, the first woman ever nominated. His second was Antonin Scalia, the first Italian-American. When his third nominee, Robert Bork, a Protestant, was rejected, Reagan chose Bork’s Jewish colleague on the U.S. Appellate Court for the District of Columbia, Douglas H. Ginsburg. When Douglas Ginsburg was pulled because of a marijuana incident in college, Reagan chose the Irish Catholic Anthony Kennedy.

If Kagan is confirmed, the Court will consist of three Jews and six Catholics (who represent not quite a fourth of the country), but not a single Protestant, though Protestants remain half the nation and our founding faith.

If Kagan is confirmed, three of the four justices nominated by Democratic presidents will be from New York City: Kagan from the Upper West Side, Sotomayor from the Bronx, Ruth Bader Ginsburg from Brooklyn. Breyer is from San Francisco.

What kind of diversity is this – either in geography or life experience?

While Sotomayor went to Yale Law School, the other three liberals went to Harvard, though Ruth Bader Ginsburg graduated from Columbia. Seems a fairly narrow range for a party that once claimed to be America’s party.

Ruth Bader Ginsburg tied for first in her class at Columbia, but neither Obama nominee is academically distinguished. Sotomayor called herself an “affirmative action baby” who, at Princeton, was urged to read children’s books in the summer to improve her reading and writing skills. Kagan never served as a judge, never litigated a case before being named solicitor general, never wrote a book or anything else anyone has turned up that manifests real legal scholarship.

From her Princeton thesis on the sad demise of 20th-century socialism, to her tears at the defeat of the radical liberal Senate candidate Elizabeth Holtzman in 1980, to her hostility to the U.S. military on the Harvard campus while dean of the law school, Kagan has revealed herself to be one more Ivy League leftist anxious to use a lifetime seat on the court, winning the plaudits of her peers by imposing her ideology on a nation that has never voted for it.

Conservatives will not soon get another opportunity like this to take down Ivy League pretensions to represent and rule America.