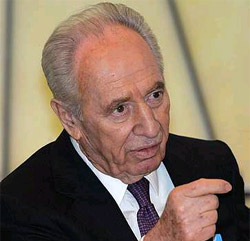 According to a report released by The Guardian, documents amassed in S. Africa reveal that in 1975, Israel was approached to sell nuclear warheads to the Apartheid regime. This is based on minutes from a classified meeting between top government leaders, pointing to then Defense Minister PW Botha, who turned to Defense Minister Shimon Peres with the request. The report cites Peres offered three different sizes of nuclear warheads, as well as documenting a secretive cooperation agreement between the two countries was signed.

The documents were uncovered by an American academic, Sasha Polakow-Suransky, in research for a book on the close relationship between the two countries; providing evidence that Israel has nuclear weapons despite its policy of “ambiguity” in neither confirming nor denying their existence. The report cites that following the fall of the Apartheid regime, Israel asked that the documents remain classified to avoid an embarrassing situation.

After convicted nuclear spy Mordechai Vanunu released information on Israel’s nuclear weapons program to the British media in 1986, the cat was out of the bag.

Following is the official response of the Office of President Shimon Peres:

“There exists no basis in reality for the claims published this morning by The Guardian that in 1975 Israel negotiated with South Africa the exchange of nuclear weapons. Unfortunately, The Guardian elected to write its piece based on the selective interpretation of South African documents and not on concrete facts.

“Israel has never negotiated the exchange of nuclear weapons with South Africa. There exists no Israeli document or Israeli signature on a document that such negotiations took place.

“The Office of the President regrets The Guardian’s decision to publish such an article without requesting comment from any Israeli officials.

“The Office of the President intends to send a harsh letter to the editor of The Guardian and demands the publication of the true facts”.