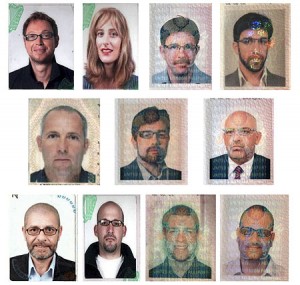 As Israel continues high-level diplomatic efforts to prevent the extradition of Uri Brodsky, a suspected Mossad agent from Poland to Germany, for fear he will then be sent to stand trial in Dubai, Dubai Police Chief Dahi Khalfan Tamim released a statement that his country will not seek Brodsky’s extradition, stating he can stand trial in Germany. Israel however wants him extradited from Poland to Israel, to stand trial at home.

Brodsky was arrested in Warsaw Airport on June 4th due to an outstanding warrant in connection to the Dubai assassination of Mahmoud al-Mabhouh, as was reported by YWN-ISRAEL.

Tamim told the local media, with his statements carried in the United Arab Emirates National newspaper, that the crime was committed in Germany and therefore he has no problem with the suspect standing trial in that country.

The Dir Spiegel report explains that the passport allegedly used was real, issued to Bnei Brak resident Rabbi Michael Bodenheimer, a prominent rosh kollel as was reported in February 2010. Bodenheimer’s passport was real and legitimate, but authorities now allege that Brodsky stole his identity, using the passport.