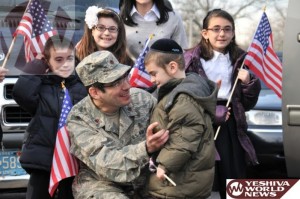 This is Menashe Miller’s first time being Mayor since joining the committee – together with Meir Lichtenstien – in 2002.

Yesterday, Menashe Miller, who is a  Major in the Air Force, returned back to Lakewood after completing a 6-week long deployment in Iraq.