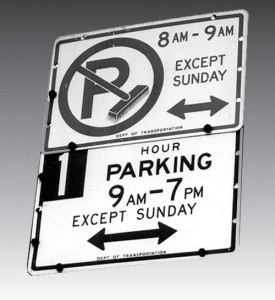 The Department of Transportation announced Sunday that alternate side parking will resume citywide on Monday.

Alternate side parking had been suspended by the city since X-Mas and the blizzard that followed on December 26.

Parking meters will also be in effect.

Gentile noted that the southern park of Brooklyn was hit hardest by last month’s blizzard and needed more time to recover.

Both the mayor and Sanitation Department came under fire for the slow response to the blizzard on December 26, which left many streets uncleared for days, while ambulances got stuck and garbage piled up on sidewalks.

The City Council will begin hearings on Monday in the Emigrant Savings Bank on Chambers Street to figure out what went wrong during the clean-up effort.