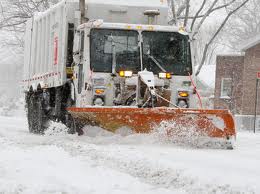 New York City public school students trudged through about nine inches of snow on their way to classes this morning as their parents and other New Yorkers shoveled and cleaned up after another winter storm hit the city overnight.

About five to nine inches accumulated across the five boroughs from about 8 p.m. yesterday to 5 a.m. today.

Mayor Michael Bloomberg said the newly created emergency declaration has been lifted. However, alternate-side parking rules will be suspended for the rest of today and tomorrow. Metered parking and garbage collection has been suspended today.

While the snow has ended, the frigid temperatures will continue throughout the day, making roads icy and more difficult to shovel later in the day.

The Bronx saw the highest accumulation, with 12 inches reported in Bedford Park. In Brooklyn Heights, 8.8 inches were measured. A total of 9.1 inches fell in Central Park and six inches fell by John F. Kennedy Airport in Queens. In Eltingville, Staten Island, eight inches of snow was measured.

City officials are trying to avoid the mistakes that plagued the response to last month’s blizzard.

Salt spreaders and plows have been out in force, and some areas that didn’t see plows for days after the blizzard have already been plowed more than once.

The city says that the addition of GPS devices to some sanitation trucks came in handy as one truck became stuck and was able to quickly alert the department.

Those out and about early this morning said they noticed the improved conditions on the roadways and sidewalks.

As of this hour, there are no cancellations of city buses and subways, but riders are advised to check with mta.info before heading out.

MTA Bridges and Tunnels have been salted and plowed, but customers are still being advised to leave some extra travel time.

Access-A-Ride service has been cancelled, except for trips of medical necessity (dialysis, radiation treatment or chemotherapy).

Metro-North is running on a Sunday schedule today, meaning riders can expect some crowded trains and delays.

Long Island Rail Road is running significantly reduced weekday morning service, which includes the cancelation of 23 westbound trains. Ten to 15 minute delays should be expected. There is no diesel train service east of Speonk on the Montauk Branch and east of Ronkonkoma on the Main Line to Greenport.

New Jersey Transit is operating a regular weekday schedule on all rail and bus lines, but there could be scattered delays across the system. Tickets will be cross honored if travelers need to take an alternate route.

All PATH train service is on a regular schedule.

Even though the public transportation system seems to be handling the storm well, thousands of flights have already been canceled at area airports and more are sure to be rescheduled today.

Most major airlines say customers scheduled to fly in or out of New York area airports now through Thursday can rebook flights without the usual fees.

Check with your airline for specific rebooking deadlines.