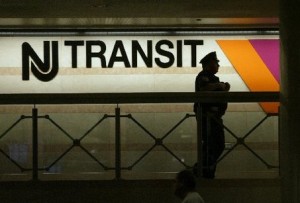 For some commuters trying to look up the latest travel information today, NJTransit.com became NJTransit.gone.

Customers looking for bus and train schedule information for the state’s largest transportation agency on the morning after a snowstorm were instead getting a message telling them they could buy the NJTransit.com website domain name.

Initially saying the problem was the result of a glitch between the domain name and server that began at 7 a.m., NJ Transit officials later confirmed that the domain name expired six days ago.

“We are looking into it,” NJ Transit spokesman Dan Stessel said. “No one here seems to have received notification of the impending expiration, which is unfortunate.”

He added: “There was never a risk of anyone buying the domain and using it for their own purposes.”

Stessel said the problem seemed to be affecting fewer than 20 percent of users. He noted that in the 8 o’clock hour, web traffic was 2,905 visitors, compared with 3,486 users last Thursday at that time.

Still, depending on which Internet service they have, many users were unable to access the site, including Verizon customers.

Susan Wade, director of public relations for Network Solutions, which hosts the NJTransit.com website, said the domain name was set to expire on Jan. 7 and that NJ Transit renewed it this morning.

She said there might be lag time for some NJ Transit website users, but assured: “They’re back up and ready to rock.”

Customers clicking onto NJTransit.com this morning got an alert telling them they could place a backorder for the domain name that had expired. The message went on to say that the current registrant for the domain name could also contact the provider and renew, but it might take up to two days to be reactivated.