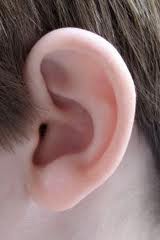 Giving babies and toddlers antibiotics when doctors are certain they have ear infections can help speed up their recovery, supporting current treatment guidelines for children between the ages of 6 months and 23 months.

However, antibiotics do come with significant side effects including diarrhea, rashes, yeast infections and vomiting. Overuse of drugs also contributes to antibiotic resistance, so careful selection of who should take antibiotics is necessary according to 2 studies published Wednesday in the New England Journal of Medicine.

According to one of the studies, ear infection, or acute otitis media, is the most frequently diagnosed illness in children in the United States, and most children with these ear infections are routinely given antibiotics.

But just 2 months ago, a new study confirmed practice guidelines from 2004, which recommend that children older than 2 with a confirmed diagnosis of an acute ear infection do not need to be given antibiotics because the drugs do not significantly speed up recovery.

The foundation for  the “watchful waiting” treatment recommendation instead of taking drugs is based on this and previous studies that  did not have very many children under age 2 in the clinical trials.  This made concluding that the same treatment works in the youngest age group very difficult.

These 2 new studies were designed to provide the research to  fill the gap, and clarify treatment recommendations for babies and toddlers.  The children in these latest trials had their ear infections confirmed by experts (otoscopists).  Researchers found that the youngsters who received a placebo did not recover as quickly as those getting the amoxicillin-clavulanate, an antibiotic that has been shown to be effective for earaches.

“More young children with a certain diagnosis of acute otitis media recover more quickly when they are treated with an appropriate antimicrobial agent,” Klein wrote.

Dr. Richard Rosenfeld, who is a professor and chairman of otolaryngology at SUNY Downstate and Long Island College Hospital in Brooklyn, New York, has been charged with reviewing the 2004 American Academy of Pediatrics guidelines for treating ear infections.  He, too, has been eagerly awaiting the results of these 2 studies.

One of the strengths of both studies, Rosenfeld said,  is that the researchers took the time to make a solid diagnosis. Only children who really had ear infections were included in the trials.  But Rosenfeld  doesn’t see the results as black and white as Klein.

“Medicine is about gray zones and balancing the risks and benefits,” Rosenfeld says. “Parents and doctors need to understand what the benefits and what the downside of treatments are.”

“If you received a placebo and you have a 74% chance of having symptoms go away or improvement [of illness]” – compared with the 80% in the antibiotic group … “as a parent, how impressed are you about a 6% difference?”  In treatment outcomes for pain, there was no difference, he notes.

In both studies, children taking the real drugs had more side effects.  The study authors caution about the overuse of these drugs and the risk of antibiotic resistance.  The Finnish noted that limiting use of antibiotics may reduce the development of drug-resistant bacteria and increase the chance the future use of antibiotic will be effective.

Rosenfeld says it’s never wrong to prescribe an antibiotic for a well-diagnosed ear infection. “If the child has high fever, severe ear pain, the child is really miserable, has a fever or draining from the ear or double ear infection and is under 2 years old, then prescribing antibiotic is probably the right thing to do.”

But waiting to take the antibiotic isn’t a bad idea either.  He says he frequently writes a prescription for parents but tells them to hold off from filling it for 3 days.  If the child still has symptoms 3 days later, then they should get the antibiotic and start giving it to their child. If you do that, 2 out of 3 parents don’t fill out the prescription.”

Which is why he says what to do is still not clear-cut.  He also points out that if antibiotics don’t relieve a child’s pain, pain medications will.

Rosenfeld believes these latest studies reinforce an important message: “It’s an opportunity for a conversation with your pediatrician.” Parents need to weigh the benefits of what antibiotics can do in terms of killing the bacteria (if the ear infection is caused by a bacteria and not a virus) and the side effects their child may have to endure, as well as the possibility that exposing bacteria to antimicrobials may make the drugs less effective in the future.