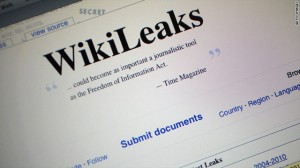 Facing his most crucial legal battle so far, Julian Assange, the founder of the antisecrecy organization WikiLeaks, appeared on Monday at a hearing on whether he would be extradited to Sweden to face charges unrelated to Wikileaks.

The two-day hearing, which began with detailed procedural arguments at Woolwich Crown Court, was the culmination of an acrimonious public battle between Mr. Assange and prosecutors in Sweden who have, since October, sought to question him.

Wearing a blue suit and a red tie, Mr. Assange sat impassively as details of the accusations were read out.

Swedish authorities challenged Mr. Assange’s assertion that, if extradited to Sweden, he might face rendition to the United States. Claire Montgomery, a lawyer acting for the Swedish government, said his argument hinged “on a factual hypothesis that has not yet been established as a real risk.”

Geoffrey Robertson, a member of Mr. Assange’s defense team, said the main plank of his argument would be that, because Sweden has a policy of hearing these types of charges in closed court, justice “cannot be done.” Given the intense news media coverage of the case, he said, even if Mr. Assange were ultimately cleared, “the stigma will remain.”

His defense lawyers also argue, among other things, that British authorities should not approve an extradition request filed by their Swedish counterparts last December because he might face “illegal rendition” from Sweden to the United States, according to a 35-page document they released before the hearing. Their arguments go so far as to suggest that he could be imprisoned at the Guantánamo Bay detention facility in Cuba, or even subject to the death penalty.