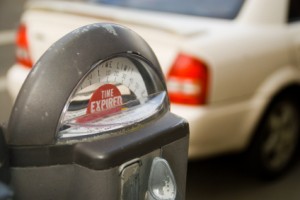 NYC Mayor Bloomberg’s budget proposal, includes a plan to increase parking meter rates across the city, a plan which the City Council scuttled once in January. The transportation budget also includes an increase in revenue from an expansion of the city’s red light camera program.

The proposal is the same as in the mayor’s preliminary budget, released last February. In Manhattan below 86th Street, meter rates will rise from $2.50 to $3.00 per hour. That change was not challenged by the Council and is likely to move forward smoothly. In the rest of the city and at municipal lots, meter rates will increase from $0.75 to $1.00 per hour.

Overall, the increase in parking meter revenue would raise roughly $20 million next year and $25 million after that.

Another potential controversy buried in the budget is a plan to expand the use of red light enforcement cameras. The number of intersections where the city can install cameras is limited by Albany, but this plan would add extra cameras facing the opposite direction at 20 locations that already have cameras. Red light cameras have been repeatedly shown to reduce crashes and save lives, so the expansion of the program should be a boon to safety.