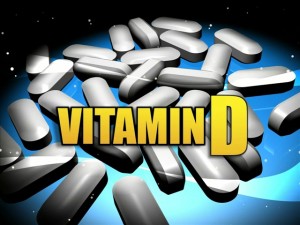 Two new reports that analyzed research on vitamin D supplements found there’s no reason to get excited yet about any possible health benefits.

One review, from international researchers, found hardly any benefit. The other analysis suggested it may have what a specialist called a “huge” effect on lifespan, but the findings aren’t definitive.

“For now, the vitamin D story is intriguing,” said Naveed Sattar, a professor of metabolic medicine at the University of Glasgow in Scotland, who co-wrote an editorial accompanying the studies. But more research is required before any definitive recommendations should be made, he said, since “there may yet be unexpected risks to supplementation.”

There’s been intense debate about the value of vitamin D supplements in recent years, specifically over whether they contribute to better health.

In one of the new reports, researcher Evropi Theodoratou, at the University of Edinburgh in Scotland, and colleagues examined a series of studies and found that scientists had only examined vitamin D’s effects on 10 health issues, a far cry from the 137 that have been linked to vitamin D.

They found only one “benefit” from the vitamin, a seeming link between vitamin D levels late in pregnancy and the birth weight of children. The review also raised questions about whether vitamin D is as important as previously believed when it comes to bone health.

The other new report, from Oscar Franco, at Erasmus University Medical Center Rotterdam, in the Netherlands, and colleagues looked at studies analyzing links between vitamin D and the likelihood that subjects would die during the study follow-up periods of three to seven years.

Together, 14 of the most reliable studies — known as randomized controlled trials — linked vitamin D3 supplements to an 11 percent reduction in risk of death. However, there was a slight increase in the death rate among those who took vitamin D2 supplements.

The 11 percent reduction in the death rate “seems remarkable,” Sattar and a colleague wrote in their editorial. In an interview, he said the reduction is “huge,” potentially putting vitamin D deficiency in the same health-harming league as smoking and physical inactivity.

However, the studies are relatively small and mostly look at the elderly, Sattar noted.

The whole picture is complicated, he said. “There is an assumption that low blood vitamin D levels are causing or contributing to risk for many diseases but recent research tells us that, in fact, the opposite is the case and that having the disease in first place leads to people having low vitamin D levels,” he said.

“Furthermore, many of the risk factors which cause disease — namely, obesity, smoking and poor diet, can also lower vitamin D levels, and it is these risk factors and not necessarily the low vitamin D we need to correct,” Sattar said. “To resolve these issues, we need big trials to tell us once and for all whether vitamin D supplements make any difference to health.”

When it comes to taking vitamin D supplements, “the best advice is to wait for study findings to be reported,” a process that should only take a few more years since a big study will be finished by 2017, he said.

The Council for Responsible Nutrition, which represents the supplement industry, issued a statement on the findings Tuesday.

“As we’ve seen in other studies, there is something about certain diseases that seems to either be depleting the body of normal levels of vitamin D, or the low levels are contributing to the disease,” said Duffy MacKay, senior vice president for scientific and regulatory affairs at the council. “In either case, where patients present with insufficient levels of this critical nutrient, supplementing with vitamin D makes sense — whether it actually slows the progression of the disease or rather helps to replace the depleted nutrient levels being caused by the disease.”

MacKay went on to say that in its “latest review of vitamin D, the Institute of Medicine [a scientific advisory board to the U.S. government] raised the recommended levels for vitamin D.”

He added: “In a recently released proposed rule from the U.S. Food & Drug Administration on nutrition and supplements facts labels, the agency identified vitamin D as a ‘nutrient of public health significance,’ advising that vitamin D content be listed on food labels.”

Lona Sandon, an assistant professor of nutrition at University of Texas Southwestern Medical Center at Dallas and a spokeswoman for the American Dietetic Association, said the recommended amount of vitamin D per day for people aged 1 to 70 is 600 international units. It jumps to 800 IU after age 70.

“About 15 minutes in the sunlight during peak hours a few times per week is sufficient for most people to get enough vitamin D production,” she said. “People with darker skin may need longer sun exposure.”