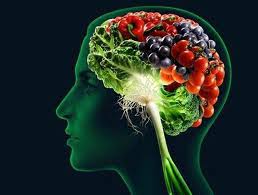 Have you ever eaten something totally new and it made you sick? Don’t give up; if you try the same food in a different place, your brain will be more “forgiving” of the new attempt. In a new study conducted by the Sagol Department of Neurobiology at the University of Haifa, researchers found for the first time that there is a link between the areas of the brain responsible for taste memory in a negative context and those areas in the brain responsible for processing the memory of the time and location of the sensory experience. When we experience a new taste without a negative context, this link doesn’t exist.

The area of the brain responsible for storing memories of new tastes is the taste cortex, found in a relatively insulated area of the human brain known as the insular cortex. The area responsible for formulating a memory of the place and time of the experience (the episode) is the hippocampus. Until now, researchers assumed that there was no direct connection between these areas – i.e., the processing of information about a taste is not related to the time or the place one experiences the taste. The accepted thinking was that a negative experience – for example, being exposed to a bad taste – would be negative in the same way anywhere, and the brain would create a memory of the taste itself, divorced from the time or place.

But in this new study, conducted by doctoral student Adaikkan Chinnakkaruppan in the laboratory of Prof. Kobi Rosenblum of the Sagol Department of Neurobiology at the University of Haifa, in cooperation with the Riken Institute, the leading brain research institute in Tokyo, the researchers demonstrate for the first time that there is a functional link between the two brain regions.

In the study the researchers sought to examine the relationship between the taste cortex (which is responsible for taste memory), and three different areas in the hippocampus: CA1, which is responsible for encoding the concept of space (where we are located); DG, the area responsible for encoding the time relationship between events; and CA3, responsible for filling in missing information. To do this the researchers took ordinary mice and mice that were genetically engineered by their Japanese colleagues such that these three areas of the brain functioned normally but were lacking plasticity, which did not allow new memories reliant on them to be created.

“In brain research, the manipulation we do must be very delicate and precise, otherwise the changes can make the entire experiment irrelevant to proving or refuting the research hypothesis,” said Prof. Rosenblum.

The mice were exposed to two new tastes, one that caused stomach pains (to mimic exposure to toxic food) and another that didn’t cause that feeling. By comparing the two groups it emerged that when the new taste was not accompanied by an association with toxic food, there was no difference between the normal mice and those whose various functional areas in the hippocampus didn’t allow plasticity. But when the taste caused a negative feeling, there was clear involvement of the CA1 area, which is responsible for encoding the space.

“The significance of this is that the moment we go back to the same place at which we experienced the taste associated with a bad feeling, subconsciously the negative memory will be much stronger than if we come to taste the same taste in a totally different place,” explained Prof. Rosenblum. Similarly, the DG area, which is responsible for encoding the time between incidents, was involved the more time that passed between the new taste and the stomach discomfort. “This means that even during a simple associative taste, the brain operates the hippocampus to produce an integrated experience that includes general information about the time between events and their location,” he said.

The findings, which were recently published in the Journal of Neuroscience, expose the complexity and richness of the simple sensory experiences that are engraved in our brains and that in most cases we aren’t even aware of. Moreover, the study can help explain behavioral results and the difficulty in producing memories when certain areas of the brain become dysfunctional following and illness or accident. The better we understand the encoding of simple sensory experiences in the brain and the link between the feeling, time and place of the experiences; we will better understand the complex process of creating memories and storing them in our brains.