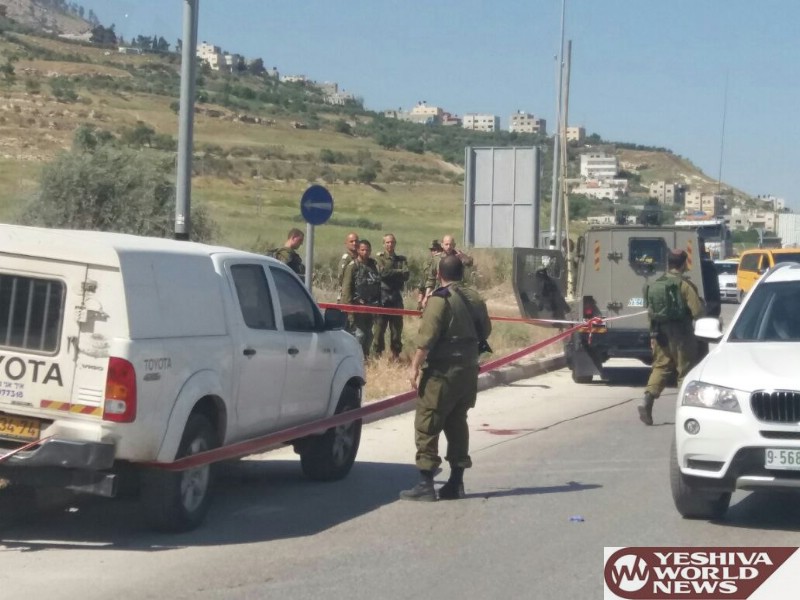 A terrorist was shot and killed in an attempted stabbing attack at an entrance to Shechem on Tuesday afternoon 29 Nissan. B’chasdei Hashem there were no injuries among any intended victims.