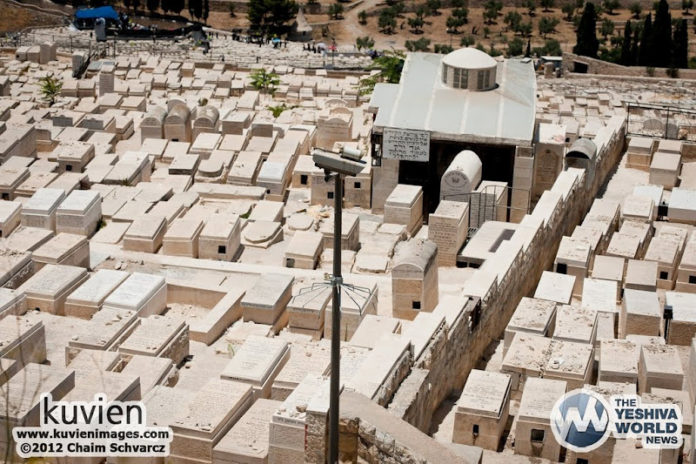 A Jerusalem police spokesman announced preparations for the yahrzeit of the Ohr HaChaim HaKadosh on Motzei Shabbos the eve of 15 Tammuz are complete. Police expect many thousands will begin arriving on motzei Shabbos and continue throughout the day Sunday, visiting the kever on Har HaZeisim.

The police are preparing to maintain public order, mental security and protecting property, as well as to regulate and direct traffic, with an emphasis on preserving the fabric of life of the residents.

The event is expected to reach tens of thousands of people from across the country who will visit the city and take part in the yahrzeit through an organized transportation system.

The following are traffic arrangements:

Due to the expected traffic loads, the police recommend not to reach the Old City or Har HaZeisim by private vehicles.

From motzei Shabbos, traffic will be blocked periodically on Derech Yericho through Har HaZeisim until Sunday night at the end of the yahrzeit.

The police appeal to the public to act in accordance with the law and to obey the police’s instructions.