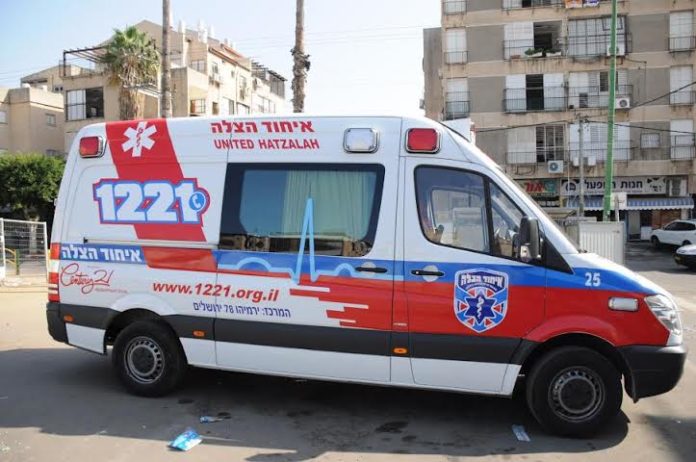 An 11-year-old boy was moderately injured while playing with his friends in Tzefat this afternoon. United Hatzalah volunteers from the Galilean Chapter treated the child fr his injuries at the scene before he was transported to the hospital.

A spokesperson for Ziv hospital said: “An 11-year-old boy was brought to the hospital by United Hatzalah volunteers, after he had fallen during his play time, from a bomb shelter that was four meters (13.1 feet) high. He is being treated in the trauma unit and is fully conscious. The boy sustained moderate to light injuries with a broken knee-cap and a serious head injury. His parents are with him currently, and he will soon be transferred to the surgical department for further treatment.”

A similar incident took place this evening in Modi’in Illit when a five-year-old child was moderately injured after he fell of a four meter high fence near a playground. He was treated at the scene by Magen David Adom (MDA) staff and United Hatzalah volunteer first responders. The child was suffering from head trauma and injuries to his upper body.

An MDA spokesperson relayed: “A child fell in a public park in Modi’in Illit. MDA EMTs and paramedics treated the child and transported him to Sheeba Medical Center in Tel Hashomer in moderate condition with a head injury.’