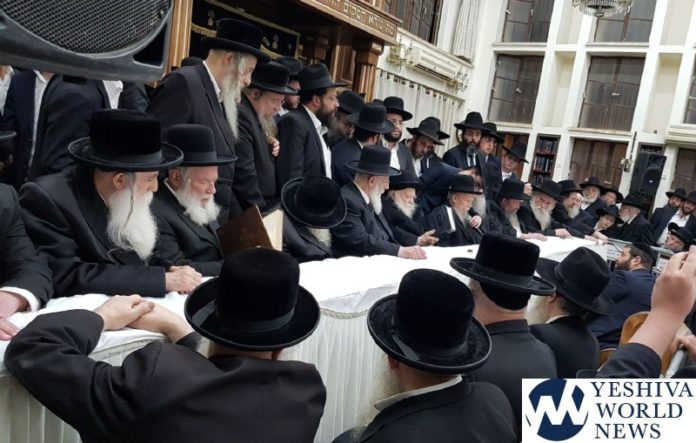 HaGaon HaRav Shalom Cohen, head of the Shas Moetzas Chachmei HaTorah, visited with HaGaon HaRav Chaim Kanievsky, praising the achdus among chareidi lawmakers, which resulted in the passage of the Shabbos Law, which enhance public observance of Shabbos by compelling the closure of businesses on Shabbos.

When Rav Cohen arrived on Tuesday evening, there was a large crowd gathering at the Lederman Shul as many were waiting for atzeres marking the shloshim for Maran HaGaon HaRav Aharon Yehuda Leib Shteinman ZT”L, which was headed by Hagaon HaRav Rav Kanievsky. Rav Kanievsky invited Rav Cohen to participate in the atzeres.

The so-called Shabbos/Makolet Law permits the Minister of the Interior to supersede local municipally regulations and order the closing of stores operating on Shabbos with permits from local government. The law does not include convenience stores operating in and owned by gas stations.