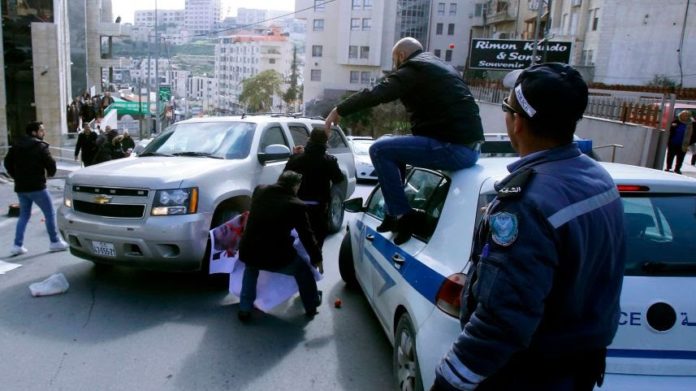 Palestinian protesters disrupted a meeting between U.S. officials and a Palestinian trade group on Tuesday, shouting at the American participants and pelting their vehicles with tomatoes as they departed abruptly.

About a dozen protesters burst into the meeting with the Bethlehem Chamber of Commerce brandishing posters with anti-U.S. messages. Protesters said they opposed any contact with American officials and their protest quickly cut short the meeting. They proceeded to kick the vehicles of the American officials and attempted to prevent them from leaving.

The Palestinians were outraged by President Donald Trump’s recognition of Jerusalem as Israel’s capital last month, a move that prompted them to reject the U.S. as an honest peace broker.

The State Department condemned the incident and called it “intimidation” by “unruly protesters.”

“The program was one part of long-term U.S. engagement to create economic opportunities for Palestinians,” it said. “Though no one was hurt, the objective was clearly intimidation. The United States absolutely opposes the use of violence and intimidation to express political views.”

Late Tuesday, Palestinian President Mahmoud Abbas’ office condemned the attack on the American diplomats, saying “such practices contradict the values and morals of our people.”

Relations between Washington and the Palestinians have been strained since Trump’s Jerusalem move. The Palestinians snubbed Vice President Mike Pence on a visit to the region this month and Trump has threatened to withhold aid money to the Palestinians unless they resume negotiations with Israel. 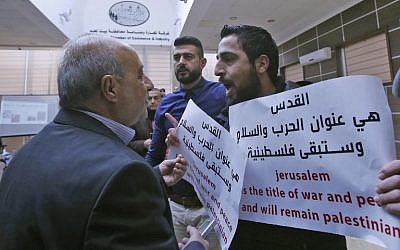 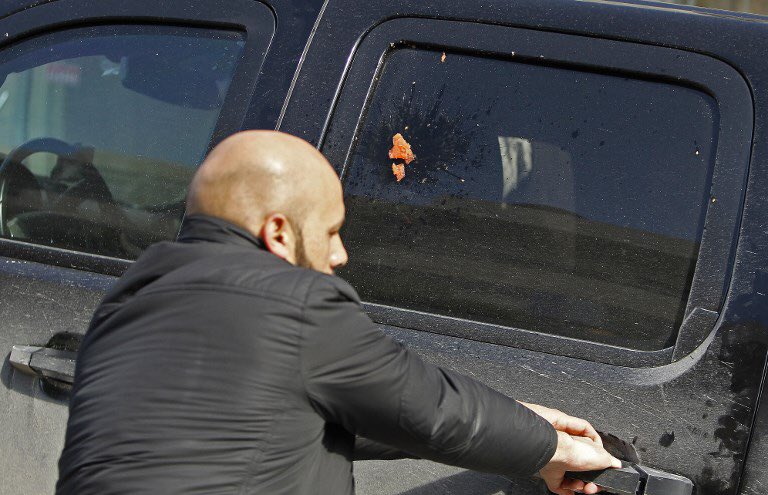 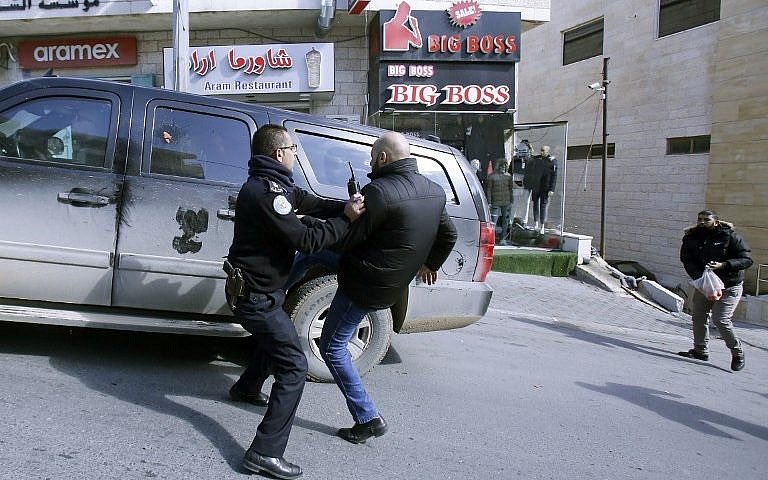 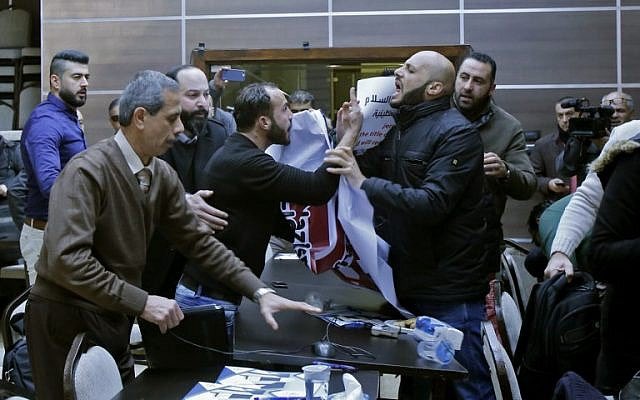