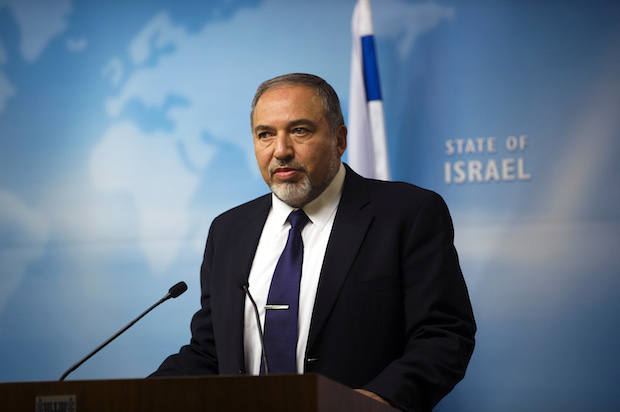 Speaking on the Channel 2 News Meet the Press program on motzei Shabbos, Defense Minister Avigdor Lieberman said, “There is no free lunch” in his comment over the scheduled move of the US Embassy from Tel Aviv to Jerusalem this month. According to the Foreign Minister, the move will then be followed by US pressure on Israel to make concessions to the PA (Palestinian Authority).

He stated, “There is a price to pay” for the move, adding “however, it is worth paying”.

While the announcement by US President Donald Trump that the embassy will finally be moved, as a number of presidents routinely signed off on six-month delays for the move, the PA expressed anger and is officially boycotting the United States.

However, to the chagrin of the PA, a number of other countries appear to be willing to follow America’s lead, and despite eliciting the ire of the PA, they too will be moving their embassies to Jerusalem. After Guatemala announced it too would follow suite, other nations expressed interest in doing so.