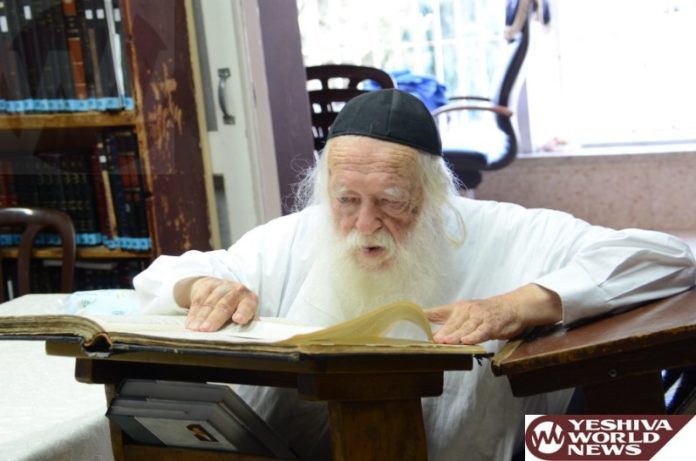 HaGaon HaRav Chaim Kanievsky Shlita was taken to Mayanei HaYeshua Hospital in Bnei Brak on Monday, 22 Iyar, after complaining of not feeling well.

According to multiple news reports, the Gadol Hador has been running a fever, which has risen since Sunday. Rav Kanievsky stopped receiving visitors due to his weak state, and he was taken to be checked. It is reported that Baruch Hashem he is not in danger and doctors released him back to his home to rest.

According to Bichadrei Chareidim, there will be no visitors allowed into the home on Rashbam STreet until at least the end of the week.