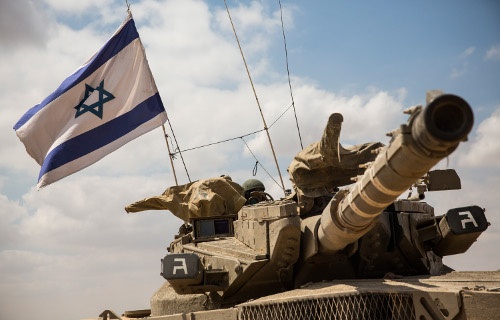 HaRav Tzvi Tau, President of Yeshivat Har HaMor, strongly criticized the religious interviews that some of the young women in the dati leumi tzibur are taking, according to the recordings released Wednesday by the Chotem organization.

There has been a sharp increase in the number of girls whom have applied for a deferment from service based on being frum, yet their declaration is being challenged.

“They will sit in jail and say, ‘We are willing to do anything to stop this atrocity,'” Rabbi Tau said in a conversation with the organization’s members who were summoned for interviews in the IDF.

In recent years, the organization “Chotem” has been working against the interviews conducted for some of the religious girls, mostly following the army’s suspicion that the declaration of religion they gave is not credible. The organization has petitioned the High Court of Justice, and a hearing is scheduled for the next few days.

These young women are advised not to go to the interview, but to go to prison. Ahead of a High Court hearing, Chotem officials said, “We hope that the court will be aware of the distress of the girls and will put an end to the harmful conduct of the recruitment offices, which exceeds the limits of their authority under the law. A girl who wants to contribute her part to the state in the framework of national service, as the law allows her, does not need to undergo an invasive investigation that harms her privacy and undermines her credibility as the last offenders.”

They add, “During our treatment of hundreds of cases in which religious girls were summoned to such hearings, they were disqualified for a religious exemption. We have been exposed to a system that makes arbitrary decisions according to unclear and unacceptable criteria when the final decision is made by an interrogator who often does not understand and know the way of life of religious girls. Which of the religious girls is enough for his taste and who does not meet the standards he himself set.”