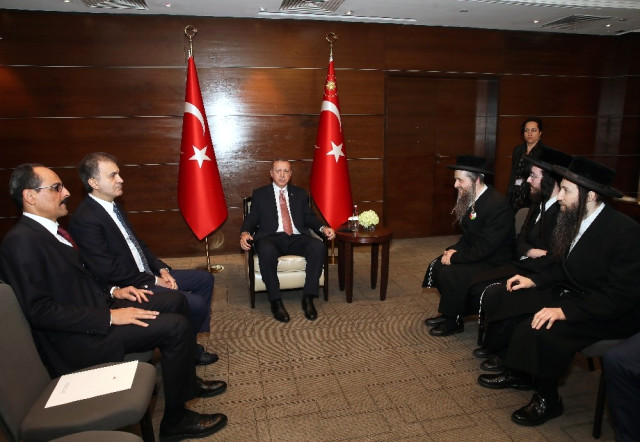 The Orthodox Jewish group led by Elchonon Beck held a meeting with Erdoğan, Minister for EU Affairs and Chief Negotiator Ömer Çelik and Deputy Secretary General and Spokesperson of the Presidency Ibrahim Kalın in the Intercontinental Hotel that lasted for about half an hour, sources said.

Beck stated that Israel is the most dangerous country for Jewish people in the world today. He told Erdogan:

“Helping the Zionists is not in the interests of the Jewish people. If you want to help the Jews, come out and say loudly that you are against the state of Israel. We are against the occupiers. We want to bring peace to the area. As Jews, we pray for the complete dissolution of the Israeli state in a peaceful manner. We do not want two states either. We support the return of the Palestinian people. There Jews and Muslims can live together in peace.” 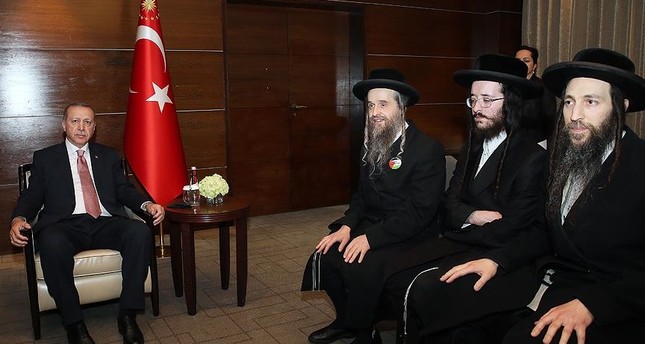 “We can live in peace and harmony all over the world in Palestine, as it was many years ago with Muslims.”

Tensions between Turkey and Israel continue to rise following the Hamas border attacks and Israel’s attempts to defend her borders on Monday. The Turkish consul in Jerusalem, Husno Gorkan Turkwollo, was invited to appear in front of a tribunal in the Foreign Ministry on Tuesday afternoon. Trukwollo was asked to return to Turkey in order to consult with his superiors. The move was made after Israel’s Ambassador to Turkey was returned from Ankara.

Earlier on Tuesday, Turkish President Recep Tayyip Erdogan, who has been known for his anti-Israel stances in the recent past, strongly attacked Israel’s efforts to defend itself in light of Monday’s attacks by Hamas against the Gaza fence. “Netanyahu has Palestinian blood on his hands and he is the Prime Minister of an Apartheid State,” Erdogan said. “Netanyahu is the head of a state that conquered the lands of defenseless people and held them for more than 60 years while flagrantly breaking international law and various U.N. resolutions. If you want a lesson with regards to the importance humanity and morality, he should read the Ten Commandments.”

Netanyahu is the PM of an apartheid state that has occupied a defenseless people’s lands for 60+ yrs in violation of UN resolutions.

He has the blood of Palestinians on his hands and can’t cover up crimes by attacking Turkey.

Want a lesson in humanity? Read the 10 commandments.

Erdogan also tweeted that Hamas is not a terrorist organization.

Hamas is not a terrorist organization and Palestinians are not terrorists.

It is a resistance movement that defends the Palestinian homeland against an occupying power.

The world stands in solidarity with the people of Palestine against their oppressors.

Netanyahu responded and said: “Erdogan, [who is one of the only political leaders in the world that supports Hamas] obviously doesn’t need a lesson from me in how to slaughter innocents and support terrorism. He is an excellent candidate for giving moral lessons to other countries.”

Erdogan is among Hamas’s biggest supporters and there is no doubt that he well understands terrorism and slaughter. I suggest that he not preach morality to us

In addition to the Israeli Ambassador, Turkey also returned the U.S.Ambassador to its country in a response to the U.S. moving their embassy to Jerusalem. 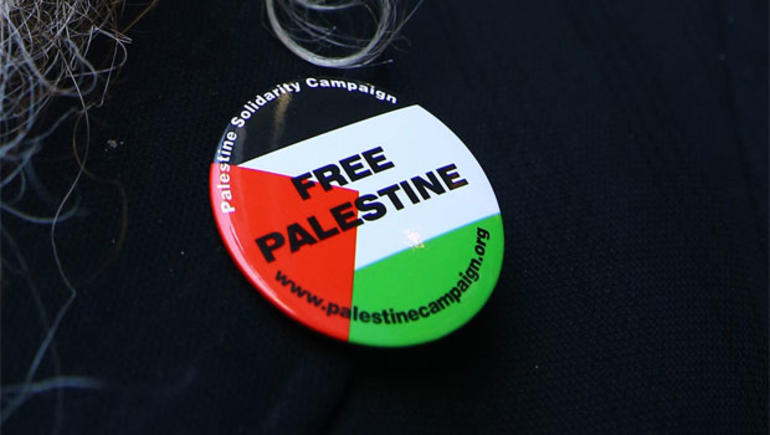