In a jarring contrast, Israeli forces shot and killed at least 55 Palestinians and wounded more than 2000, during violent mass protests Monday along the Gaza border, while just a few miles away Israel and the U.S. held a festive inauguration ceremony for the new American Embassy in Jerusalem. It was by far the deadliest day of cross-border violence since a devastating 2014 war between Israel and Hamas.

Throughout the day, protesters set tires ablaze, sending thick plumes of black smoke into the air, and hurled firebombs and stones toward Israeli troops across the border. The IDF said Hamas tried to carry out bombing and shooting attacks under the cover of the protests. The army released video showing demonstrators ripping away and setting fire to parts of the barbed-wire border fence, and appearing to climb on the fence as they lobbed flaming objects into the Israeli side.

Lt. Col. Jonathan Conricus, a military spokesman, said hundreds of protesters carried out “concerted, coordinated” attacks on the border fence. Although the crowd did not manage to break through, he said they caused “significant damage.”

Conricus also said Hamas militants disguised as protesters tried to infiltrate and plant explosives along the fence, and there were at least three instances of armed Hamas gunmen trying to carry out attacks. Israeli aircraft and tanks struck seven Hamas positions.

There was barely any mention of the Gaza violence at Monday’s lavish inauguration ceremony for the new embassy, an upgraded consular building located just 50 miles (80 kilometers) away.

A short while ago, 3 terrorists attempted to place an explosive device near the security fence in Rafah, under the cover of violent riots. In response, the IDF fired at the terrorists, who were killed pic.twitter.com/LFRRyfHDzl

These violent riots are happening just outside of Israeli communities. How would you feel if this was in your backyard? pic.twitter.com/HPlUOvaNhK 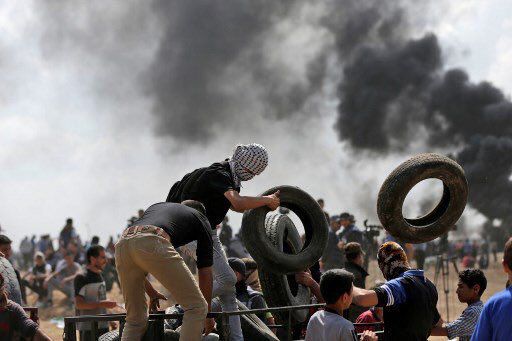 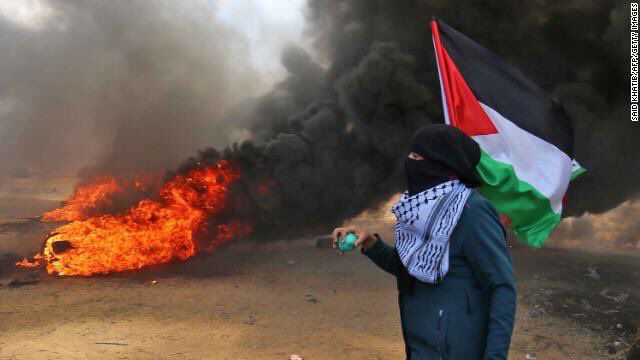 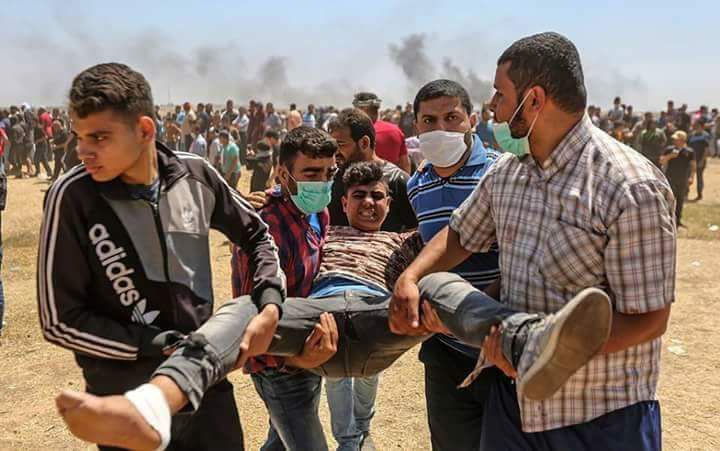 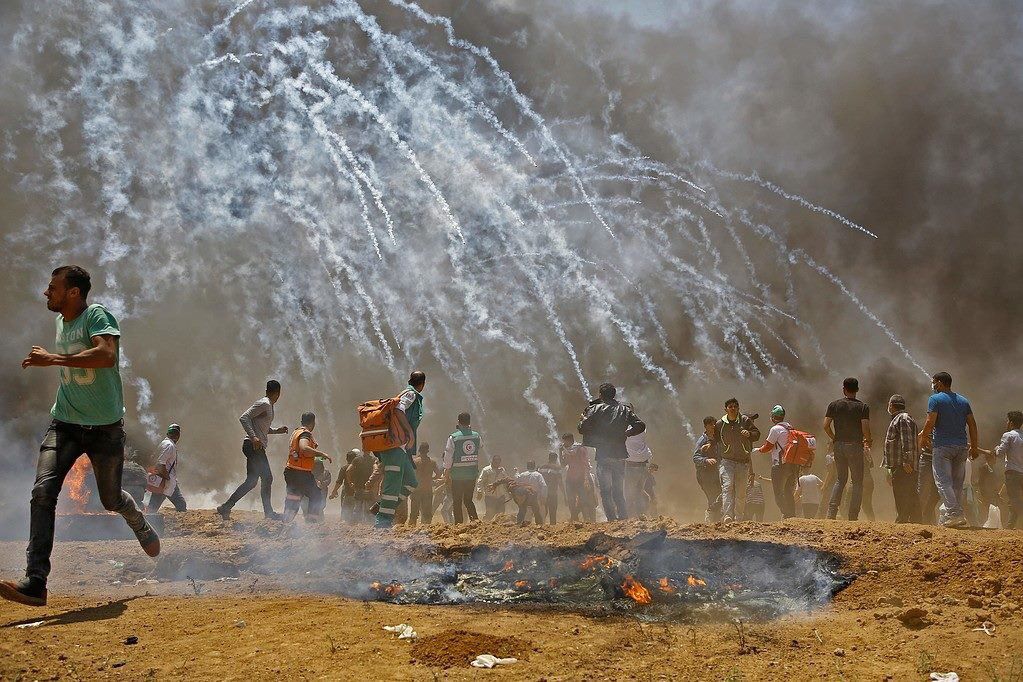 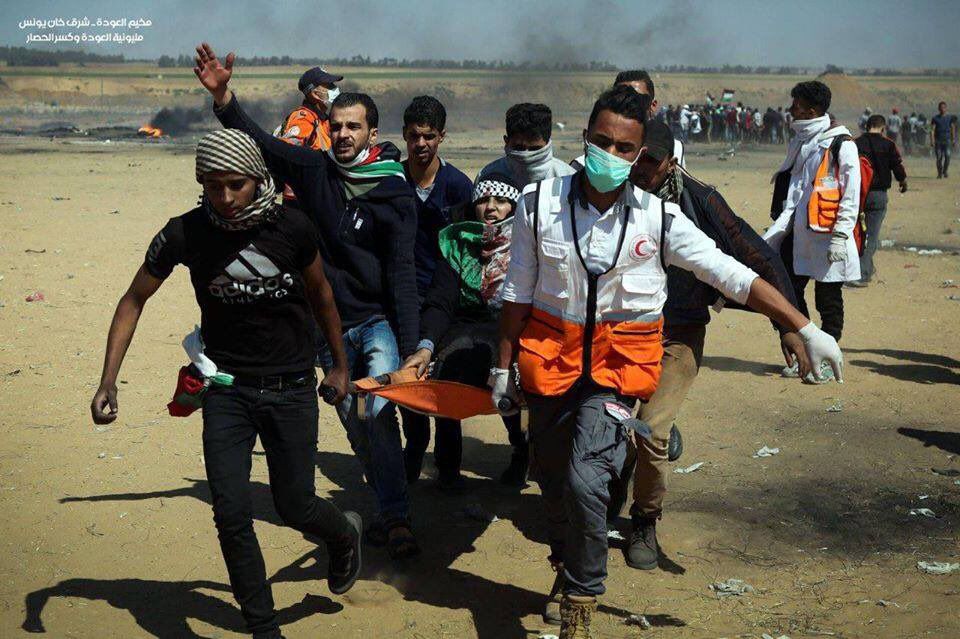 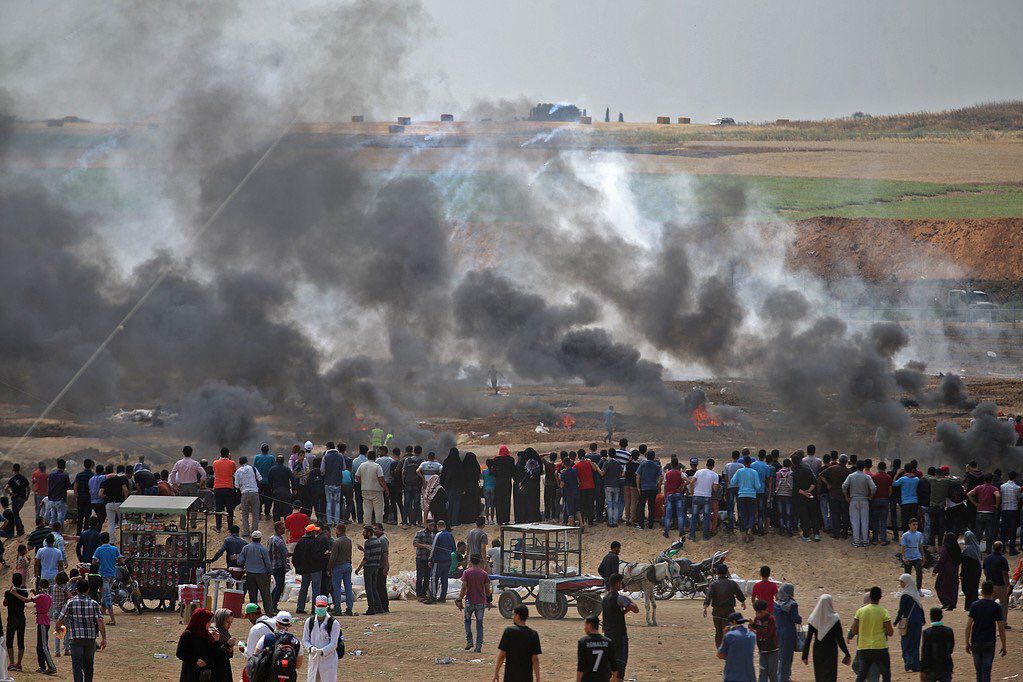 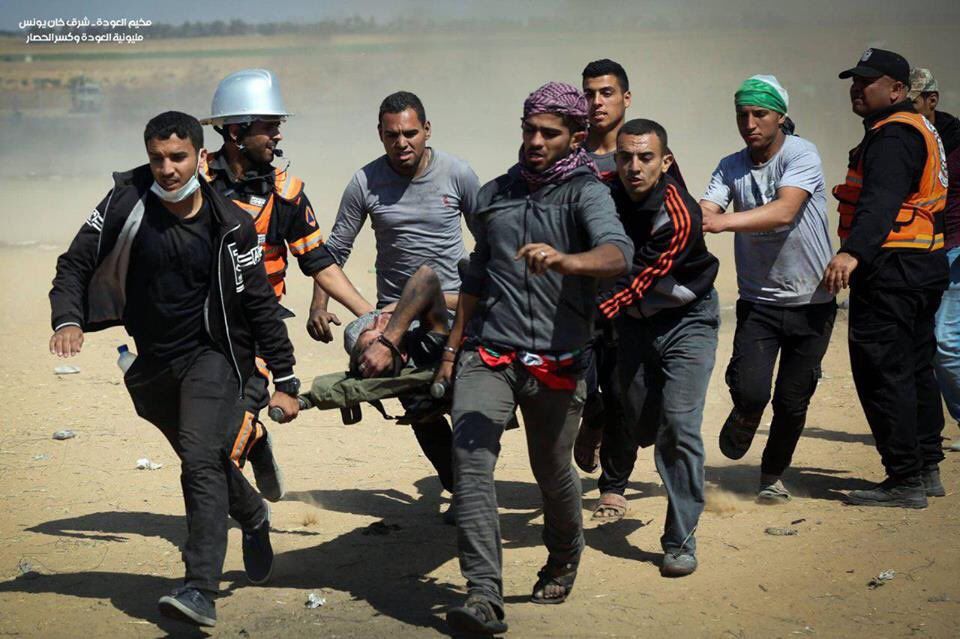 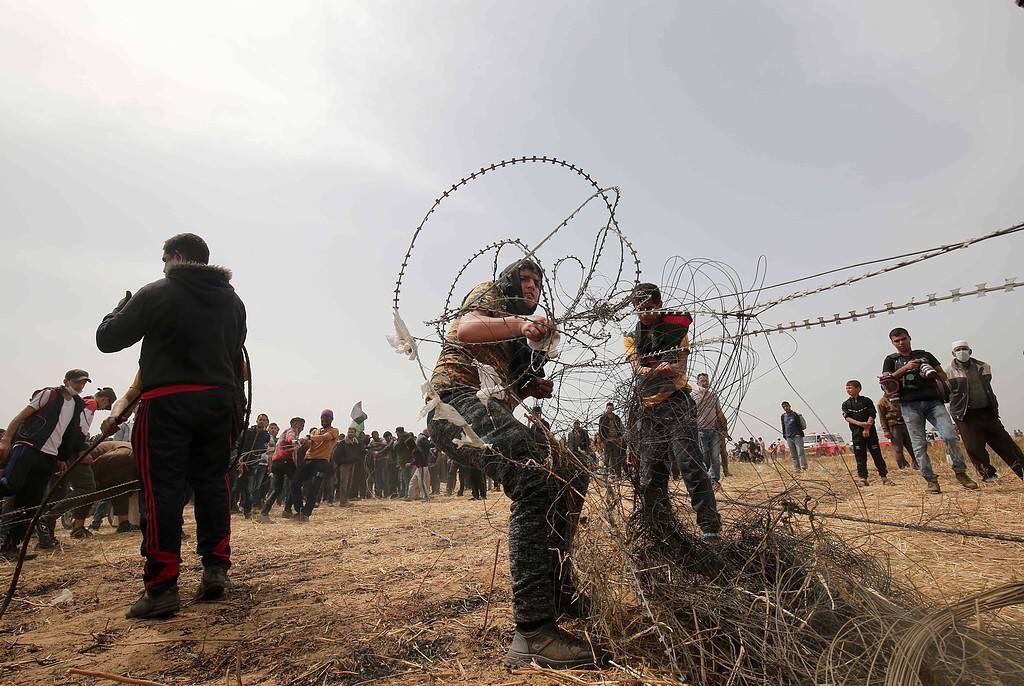 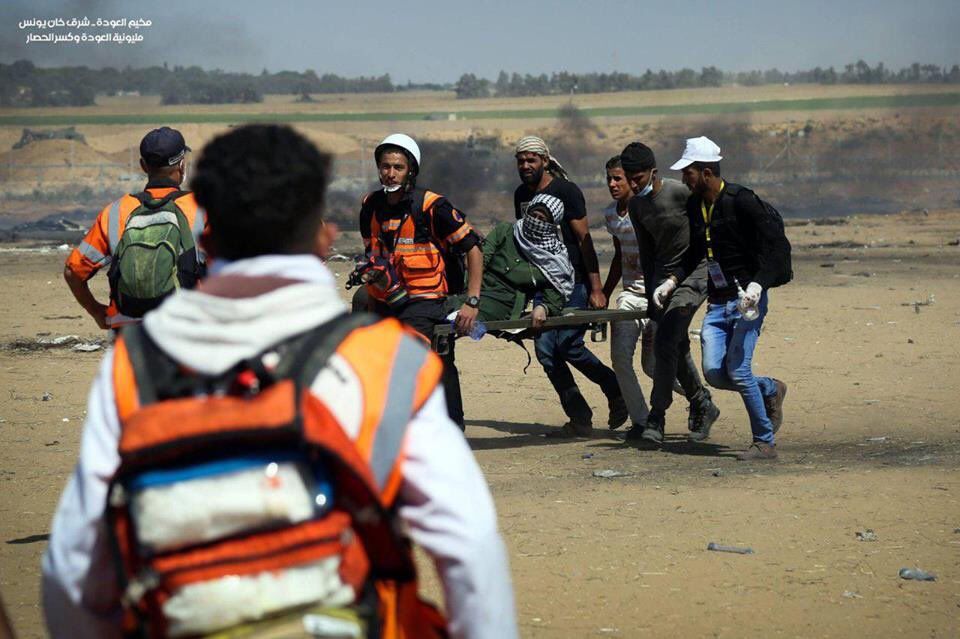 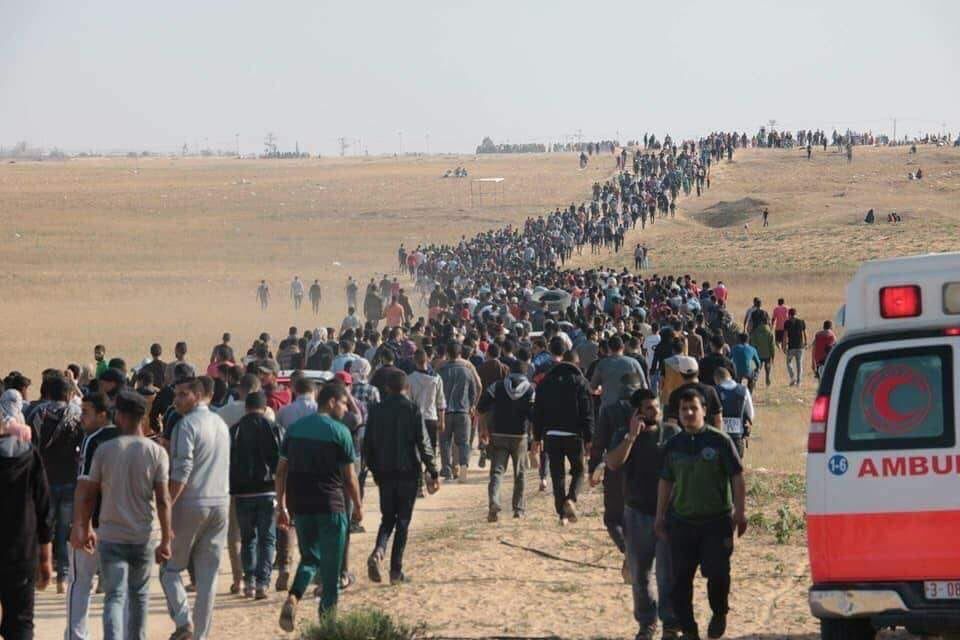 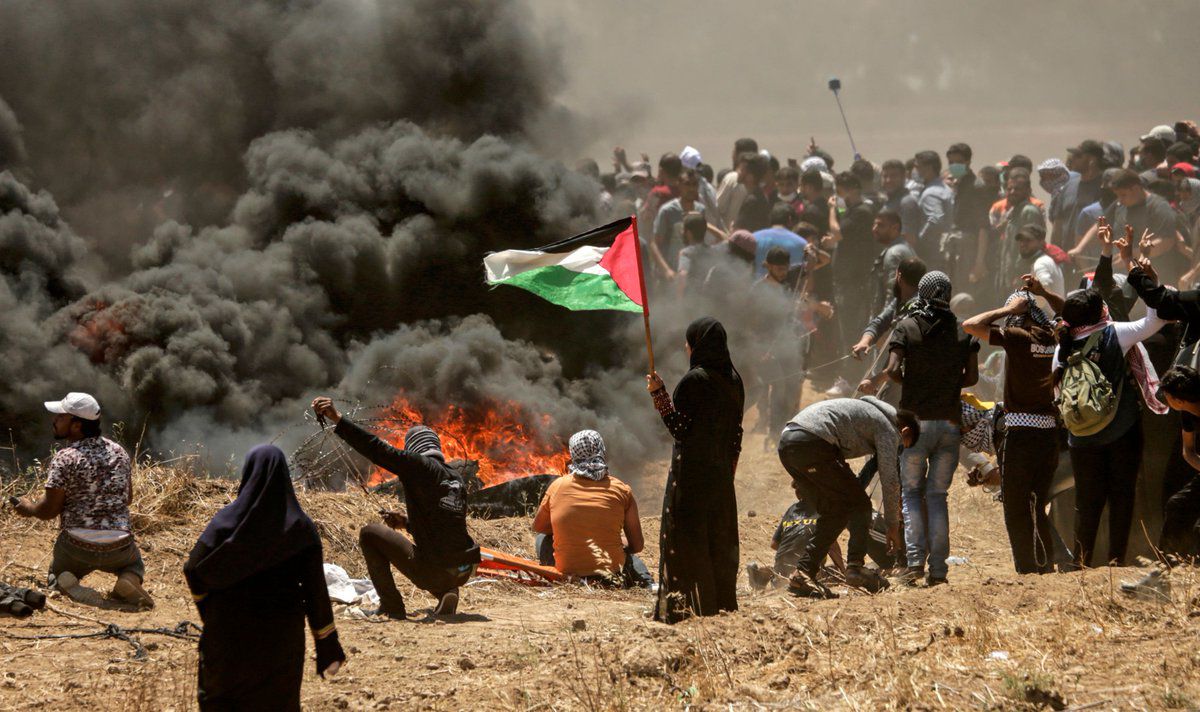 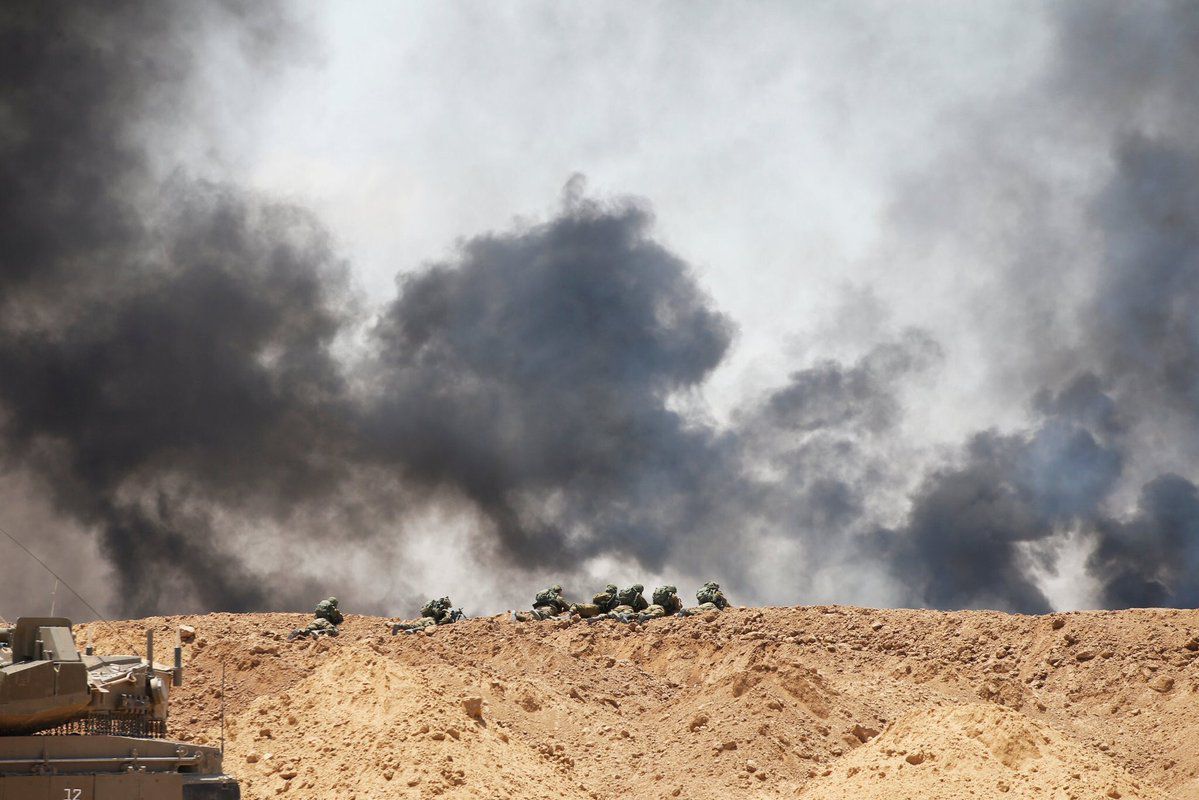 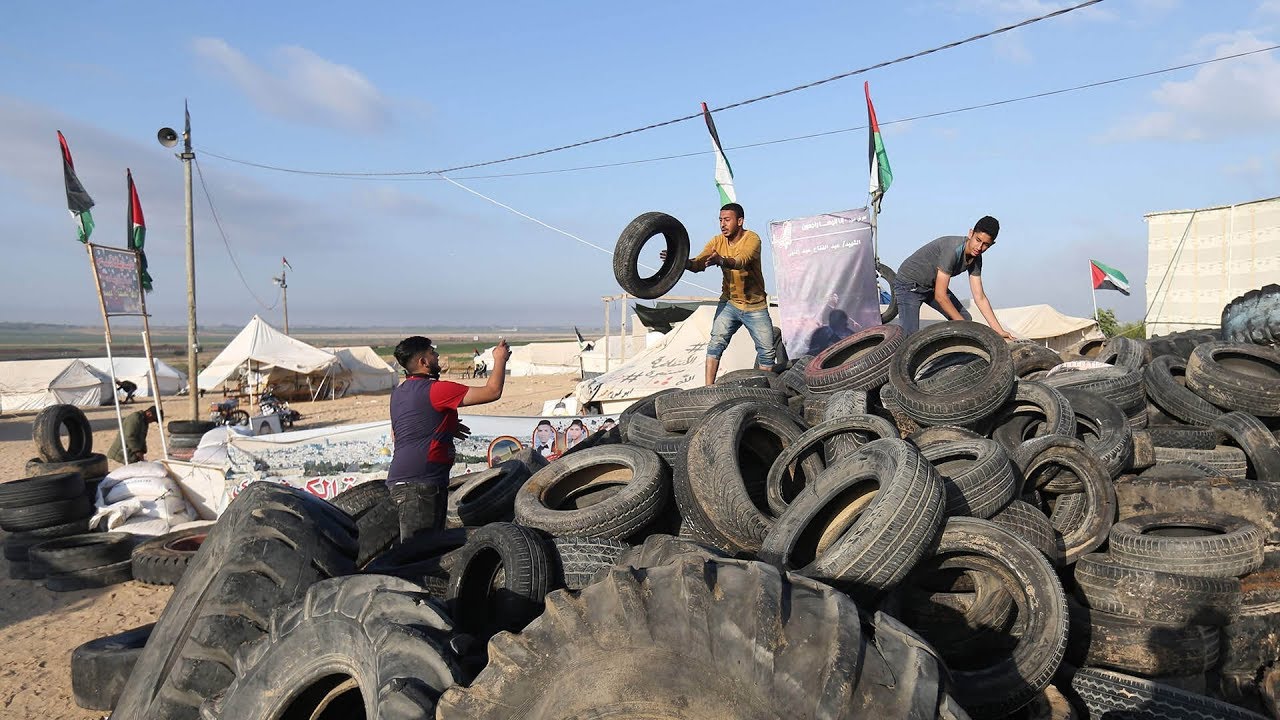 11:30PM IL: As night has fallen, Gaza’s Hamas-run health ministry says 55 Palestinians were killed and more than 2,000 wounded in the violence.

4:30PM IL: Up to 45 Palestinians have been killed in along the Gaza border with Israel, in a burst of bloodshed that cast a cloud over Israel’s festive inauguration of the new US Embassy in Jerusalem.

It was the deadliest day in Gaza since the devastating cross-border war between the territory’s Hamas rulers and Israel in 2014.

3:00PM IL: Gaza’s Hamas-run health ministry said 25 Palestinians were killed and over 500 were wounded in Monday’s demonstrations. The IDF reports that as many as 50,000 Gazans were protesting at 12 locations near the border.

12:49PM IL: Sources in Gaza are reporting three fatalities and close to 100 wounded, at least half from teargas, as clashes with Israeli forces along the Gaza fence have begun on Monday, 29 Iyar, as Hamas said they would.

Israeli forces are under attack with stones and tires are being burned as in past week to limit visibility in the area. One can see the black acrid smoke via the live feed.

According to Israel Kan 11 News reports, the situation is likely to get worse later in the day when schools are done in Gaza and thousands of students become involved. As it is, there are many Gazans parading thought Gaza as the day’s events get underway.

Today’s violence is the culmination of weeks of violent Friday’s leading to today’s Nakba Day, the ‘Day of Disaster’, the term used by the Arabs to refer to the establishment of the State of Israel, this time, timed to coincide with the moving of the US Embassy from Tel Aviv to Jerusalem as the United States now recognizes Jerusalem as the capital of Israel despite objections from Arab nations.

Thousands of IDF soldiers and other security personnel have been assigned to the border, and despite Hamas’ threats, Israeli officials warn there will be zero tolerance for any and all attempts to compromise the border to southern Israel.

Officials are also prepared for attempts to riot and carry out attacks in the Beit Lechem, Ramallah, and Shechem district, as well as the extremely high security in Jerusalem surrounding the ceremony to open the new US Embassy in Jerusalem’s Arnona neighborhood.

Do you know where your children are? pic.twitter.com/pD9My7y06y 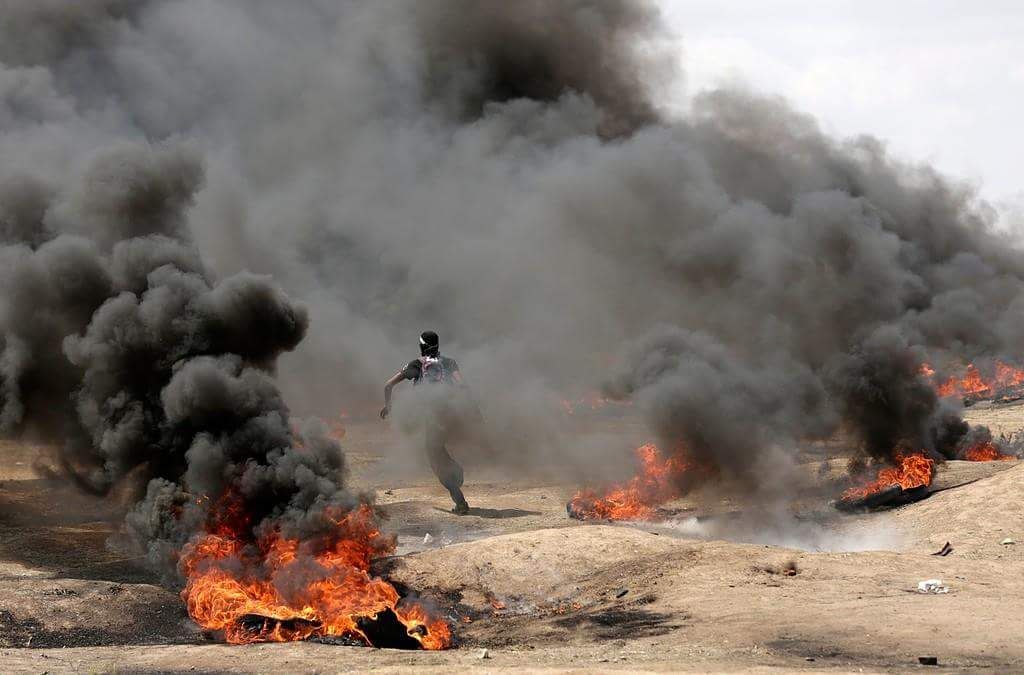 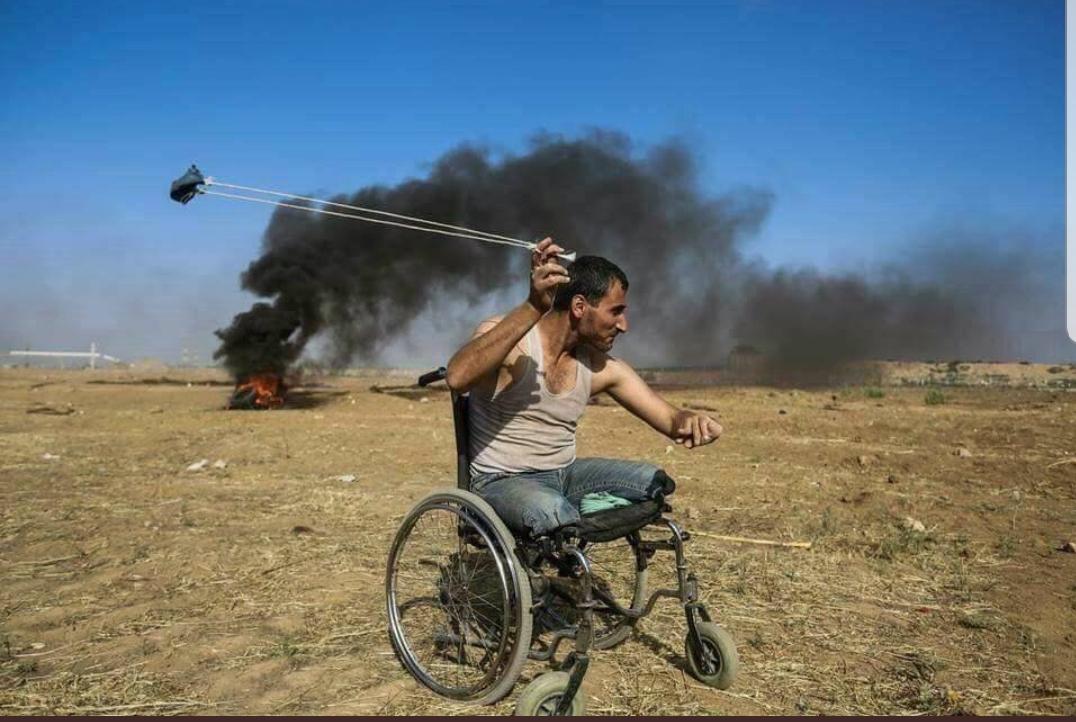 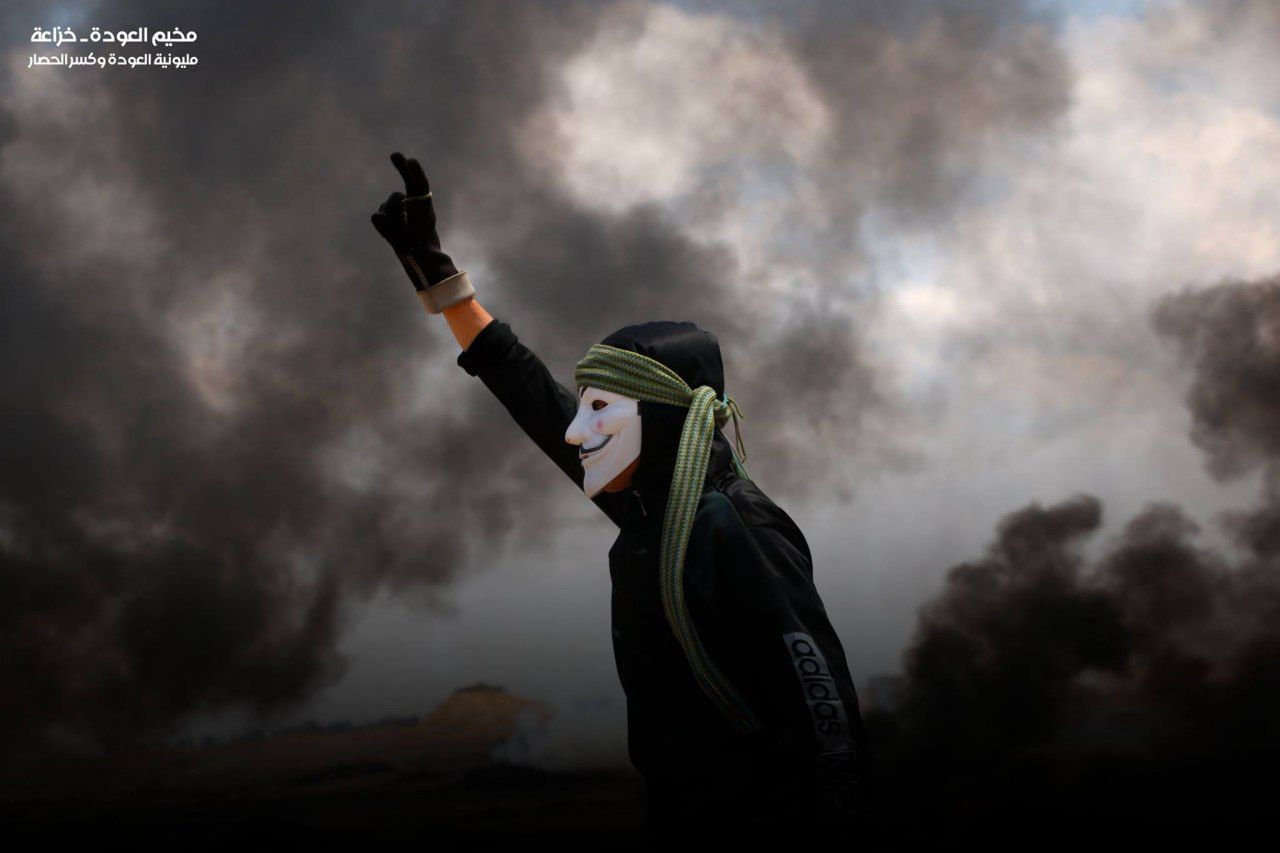 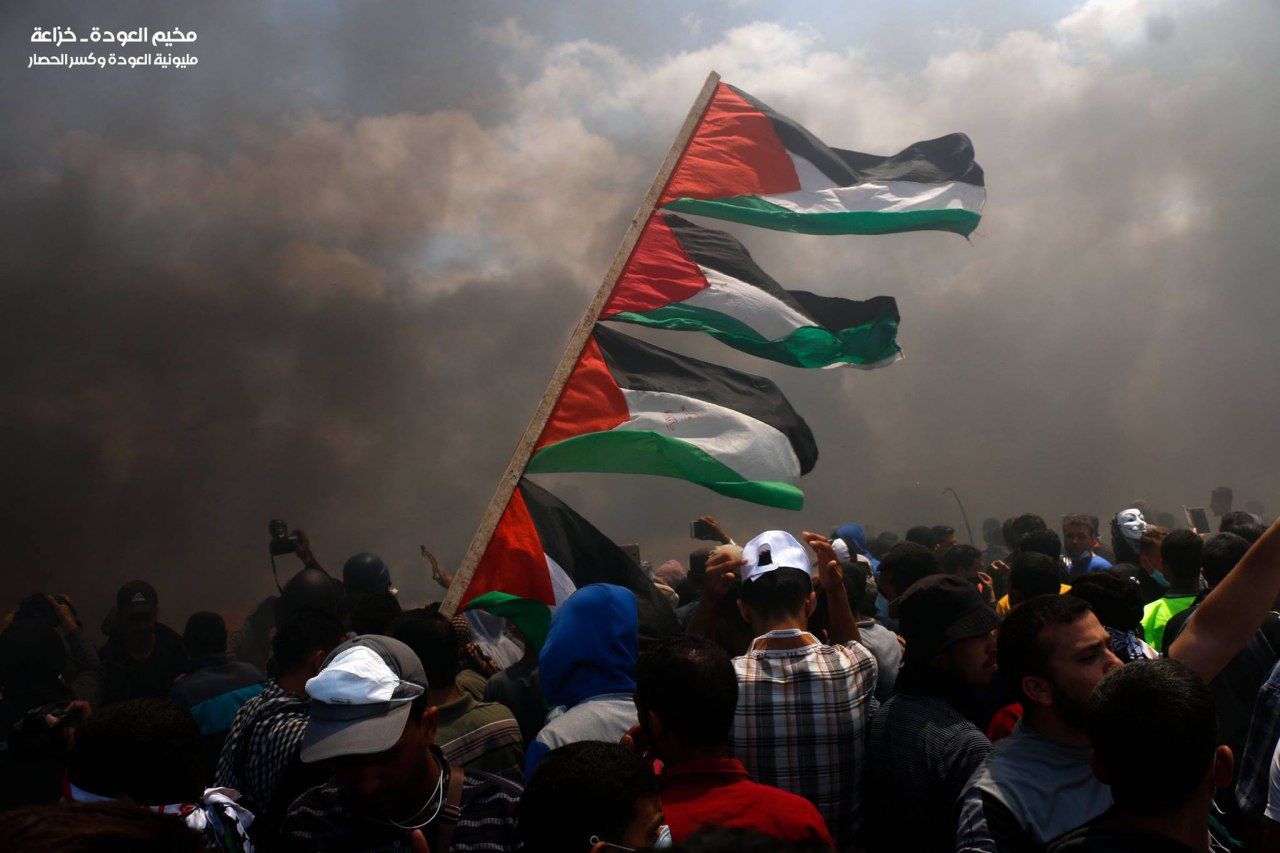 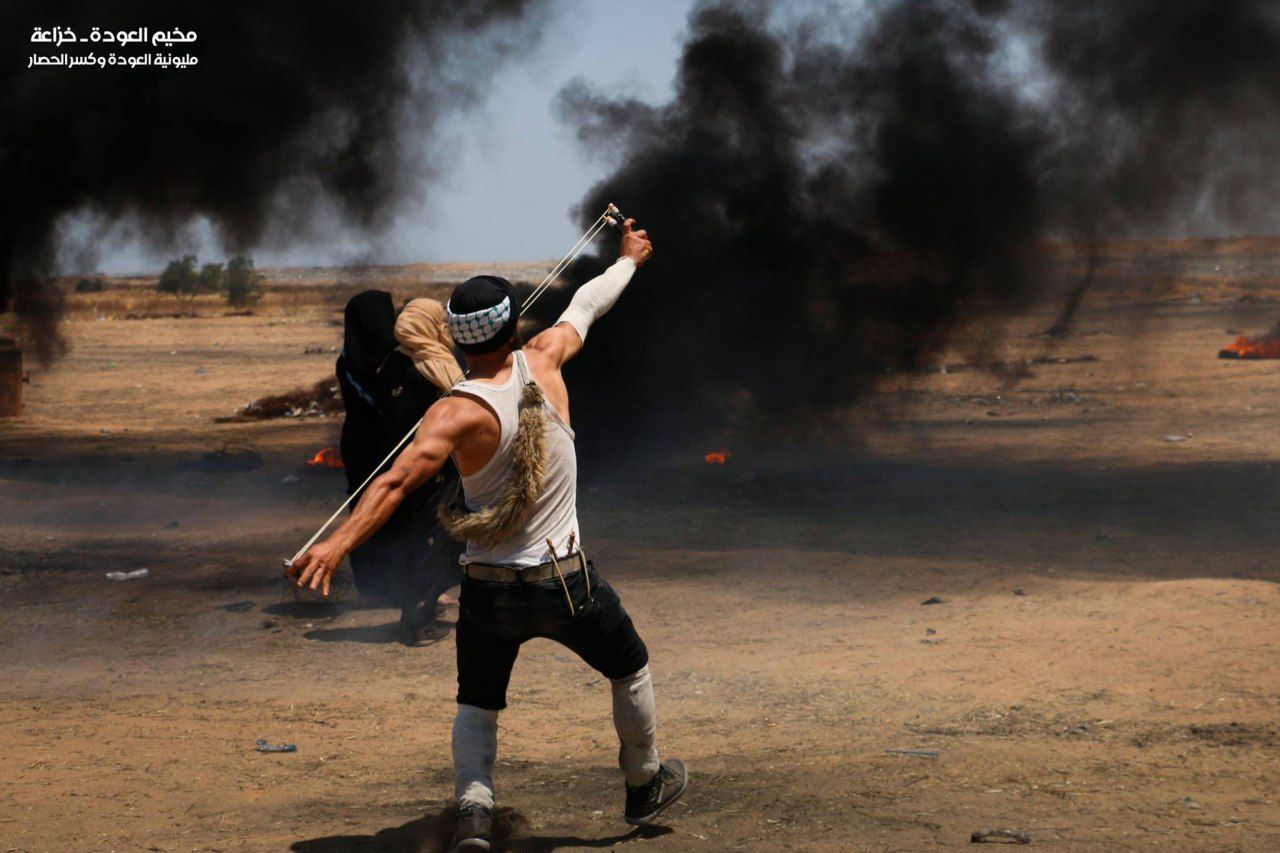 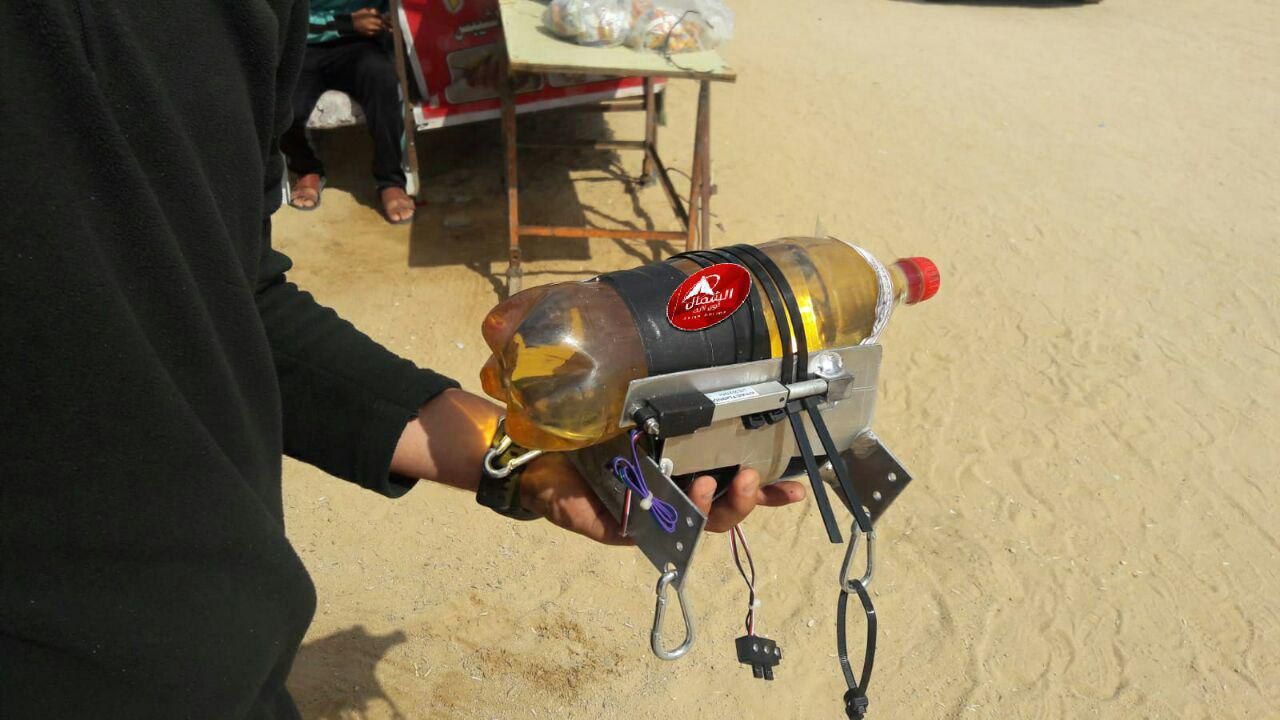