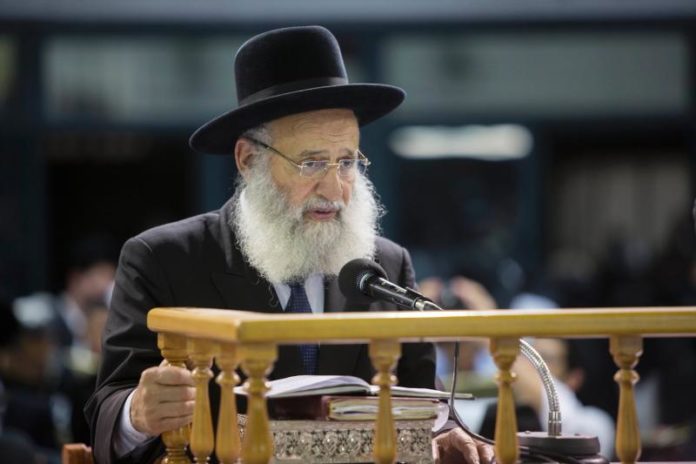 HaGaon HaRav Reuven Elbaz Shlita, a member of Shas’ Moetzas Chachmei HaTorah, one who has tens of thousands of followers in the Ba’al Teshuva movement, is contemplating the launch of a Sephardic political party that would compete with Shas.

According to the Kikar Shabbos News report, a number of meetings were held in Yeshivat Ohr HaChaim to discuss the possibility, to establish a new party to run in the next Knesset elections, which would entail opening branches in cities in which the yeshiva operates. This includes many cities from Jerusalem to Eilat.

Kikar Shabbos adds that when it probed the matter with yeshiva officials, they confirmed the report and added, “The rav is not going against Shas, as one does not go against another. We are going to achieve our own power base. The current situation, three years after the rav joined the Moetzas Chachmei HaTorah, no one asks him regarding representatives and lists – while Aryeh Deri promised a different reality.”

They add, “It is no secret the rav never wanted to join the Moetzes in the first place, preferring not to get into the entire matter, but Gedolei Yisrael have asked him over and over – so the rav responded. However, the rav has 250 branches, and most are complaining they do not receive their entitlement.”

Kikar adds that in about six weeks, an Asifa will be held and heads of the branches around the country are expected to announce a new list that will run in the next national elections. “From the rav’s perspective, he is ready to leave the [Torah] council tomorrow”.