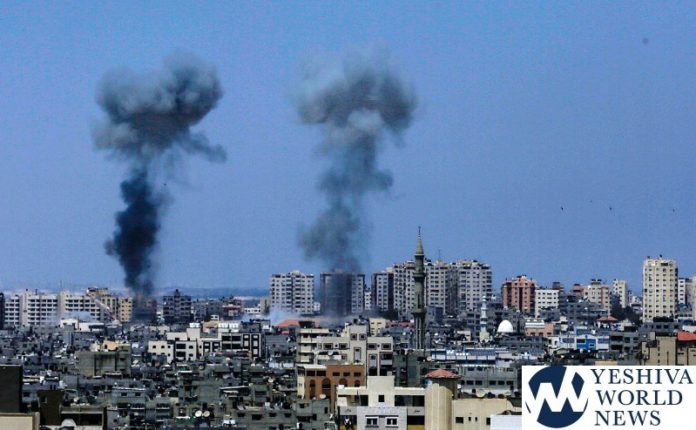 The Zikim Beach was evacuated by authorities on Tuesday afternoon, 15 Sivan, as rocket fire from Gaza into southern Israel became more intense.

Interestingly, a 10 News analyst insists that Hamas “does not want an escalation in warfare at present and this is all the Islamic Jihad”. It appears an Egyptian mediator is sending messages from Hamas to Israel. The report added that senior Hamas officials wish to meet with Islamic Jihad leaders but they fear if they get together, Israel will monitor movement and they will be eliminated.

It is unclear if the ongoing rocket-fire represents a new round of warfare with Gaza. Certainly, if chas v’sholom there is loss of life or serious injury, it will be a game changer as it always is. Despite the fact that well over 30 rockets were fired into Israel today, only one person was injured, and those injuries were not serious.

Communities in the Eshkol Regional Council and elsewhere have instructed residents to remain in running distance of safe rooms and shelters. The air force has reportedly hit over 30 terrorist targets in Gaza since noon today.

Included in the aerial retaliatory fire as a Hamas tunnel discovered recently, a tunnel that stretched 900 meters into southern Israel.