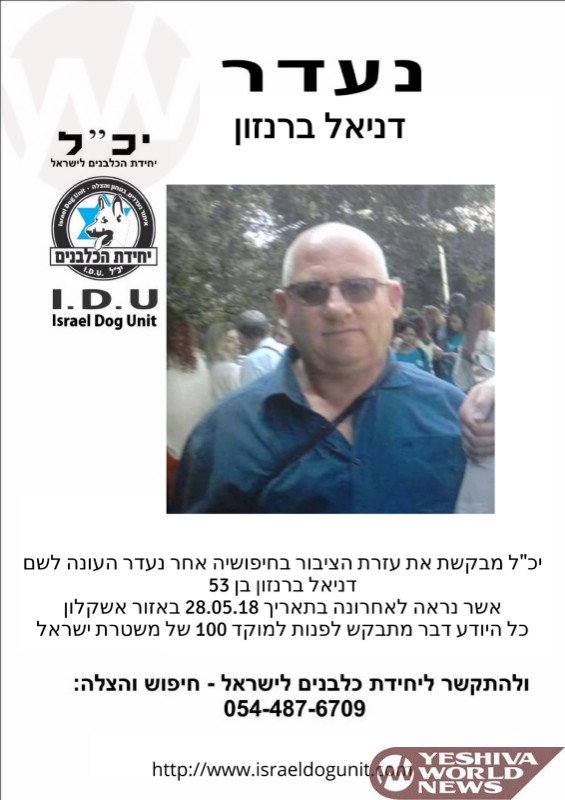 With the sirens blaring and the loud booms of the Iron Dome rockets intercepting rockets launched from nearby Gaza, the Israel Dog Unit (IDU) volunteer handlers and service dogs have been searching for a missing person at risk since early Tuesday morning, 15 Sivan.

53 year-old Daniel Brenson was reported missing Monday evening. Daniel suffered a breakdown after being informed that he was fired from the cosmetic factory where he was employed. He left his home in a miserable state of mind, leaving behind his wallet, keys and phone.

His family found a letter where he left instructions concerning his insurance policies and has not been seen since. He took with him a large amount of sleeping pills and other pills, and nothing else.

Daniel’s son Yair said, “We are scared that he took many pills and that he is laying somewhere unconscious. If we don’t find him soon, he will die, I am begging the public to help spread my father’s picture and help us find my father.”

The Israel Dog Unit will remain in the area continuing the search, hoping to find him before it is too late.