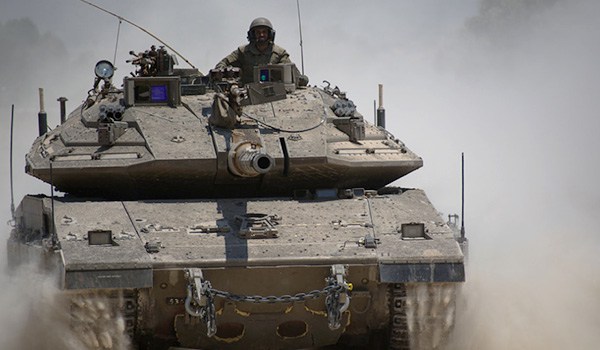 On Tuesday night, the IDF bombarded the vehicle of a Hamas commander in the Nusrat refugee camp in central Gaza.

The IDF said that it attacked with aircraft and a tank, striking a vehicle belonging to a Hamas operative as well as two observation posts of Hamas in northern Gaza.” The operative is responsible for kite and balloon attacks into Israel.

According to Gaza sources, the vehicle was completely destroyed by the IDF bombardment, but there were no casualties as the driver escaped.

In addition, two observation posts belonging to the Hamas terror organization were targeted in the northern Gaza Strip

Also overnight, Red Alert sirens wailed at 1:40AM, in the Eshkol and Shar HaNegev Regional Councils. Later in the predawn hours, sirens were heard in the Shar HaNegev, Ashkelon Coast, Eshkol and S’dot Negev Councils.

At 4:01AM, sirens were heard again, this time in Sderot. The IDF Spokesman Unit reports 12 rockets were fired at Israel. B’chasdei Hashem, there were no fatalities or injuries reported.