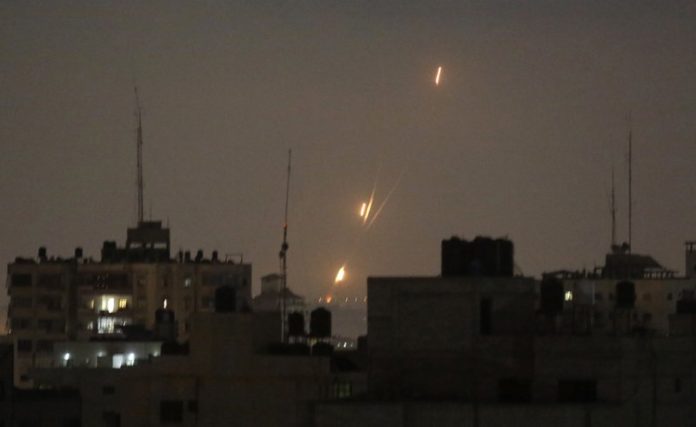 The Israeli military says more than 12 rockets have been launched from Gaza toward southern Israeli communities early Wednesday morning.

No one was wounded in the launches early Wednesday and the military says its Iron Dome defense system intercepted some of the rockets.

The barrage followed Israel’s targeting of a vehicle belonging to a Hamas terrorist involved in launching incendiary kites that have sparked fires in recent weeks. Dozens of fires were set Tuesday. The military says it also struck two Hamas observation posts. No one was wounded.

In addition, two observation posts belonging to the Hamas terror organization were targeted in the northern Gaza Strip