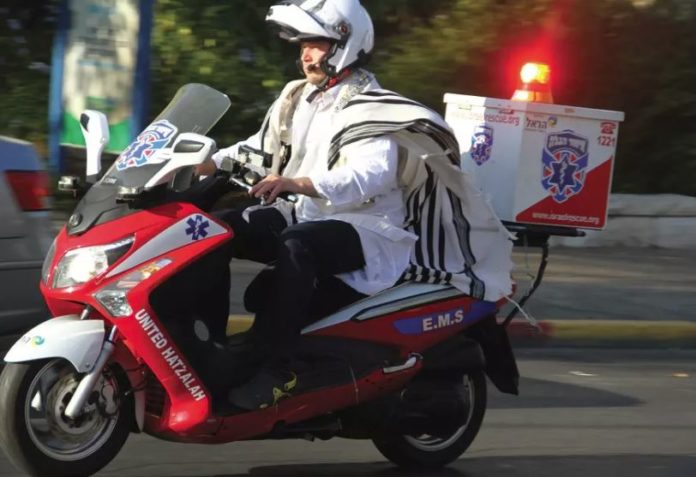 Residents of Modi’in expressed their anger on Motzei Yom Kippur after Arabs terrorized the city over the course of the holiday. Residents reported that numerous Arabs drove through the streets of the city at high-speeds, attempted to injure residents by running them over, honked their horns at women, and harassed women by shouting explicit comments at them.

One resident who wished to remain anonymous told Israeli media that: “Over the course of Yom  Kippur, during a time when hundreds of children and families walk on the streets, at least ten Arab cars congregated in the heart of the city, and attempted to ram a resident who was walking on the street. Residents shouted at them to stop but that just made them drive faster. It was very lucky that he was able to get out of the way and was not run over. When we told the police they simply said that it was the legal right of the Arabs to drive on the streets.”

Emergency Medical Service organizations United Hatzalah and Magen David Adom treated more than 2,200 people over the course of Yom Kippur across Israel. Many of the people requiring assistance had fainted, dehydrated, or were feeling bad as a result of the fast. 228 were treated for being involved in bicycle, skateboard, scooter, or rollerblade accidents. 35 people were involved in motor vehicle accidents and another 26 people were injured after violence erupted. A number of people were treated for snake and scorpion bites, and 174 pregnant women were rushed to the hospital in labor. Of them, seven were delivered by EMS teams before they arrived at the hospital.

Magen David Adom reported that once again their ambulances were hit by stones being thrown at them.

Police apprehended an Arab suspect who was wielding what looked like a screwdriver and was running towards Jewish worshippers on Nevi’im Street in Jerusalem on Yom Kippur night. Officers shot the terrorist after he wielded the sharp object at them in an attempt to attack them.

TERROR: A 26-year-old #Palestinian was shot and killed after he charged at #Israeli police officers outside Shaar Shechem while waving a 'sharp object', just after the start of Yom Kippur. The terrorist was taken away in a black plastic garbage bag.

Security Forces along the Gaza border subdues violent riots that involved hundreds of Gazans. The rioters burned tires, threw molotov cocktails and stones at IDF forces. A hand-grenade and an unidentified explosive device were also hurled at the fence and those guarding it. Luckily no damage was caused and no injuries were reported among the security forces. According to reports in Arab media, two terrorists were killed and another 60 were injured.

Some 20 terrorists managed to break through the border fence in the southern part of the borer. After spraying a security post with graffiti and leaving explosive material at the site, the group of terrorists went back across the border into Gaza

Two other Arabs from Gaza were arrested after they too broke through the border fence in the same area They were taken for questioning by Israeli Security Services.

Balloon bombs were launched from the Hamas-run territory at Israeli towns and kibbutzim all along the border. Firefighters worked to put out four large fires that resulted from these bombs being launched.

A drone that carried a bomb and was attached to a cluster of balloons, landed inside a kibbut in the Eshkol region close to the border with Gaza. Security forces were alerted and arrived to deactivate the bomb before it could go off.

Israeli prison services prevented a drug run in the Ayalon prison. Criminals attempted to transport the drugs into the prison via a drone which was intercepted by prison guards.