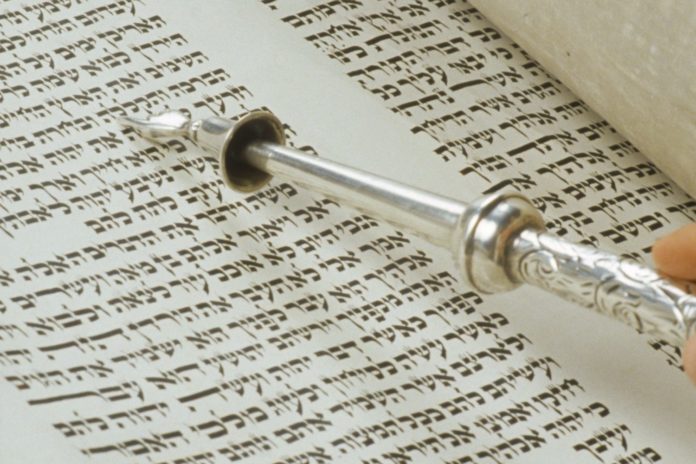 It was shortly before the beginning of Neila on Yom Kippur when the gabbai in Yeshivas Heichal Yitzchak-Landau instructed someone to open the Aron Kodesh. A moment after it was opened, a Sefer Torah R”L fell to the ground before horrified mispallalim.

The Rosh Yeshiva, HaGaon HaRav Yisrael Landau let out a shriek from his place next to the Aron Kodesh and immediately ran to pick up the Sefer Torah and return it to its place, buf not before hugging it and giving it a kiss.

Kikar Shabbos News quotes one talmid explaining he was sitting next to the Aron Kodesh, explaining it appears when the Sefer was returned after laining during Mincha, it was not placed back properly, and this led to the fall.

Moments following the incident, and before Neila began, one of the Roshei Yeshiva, HaGaon HaRav Daniel Cohen got up and spoke briefly, citing the need for a hisorarus.

“After the horrifying event and the Rosh Yeshiva’s drasha, Neila was the most powerful in my life,” the talmid is quoted saying.

The Rosh Yeshiva indicated he was going to ask the ‘Urim V’tumim’ of the generation, HaGaon HaRav Chaim Kanievsky Shlita, if the talmidim and rabbonim are required to fast.