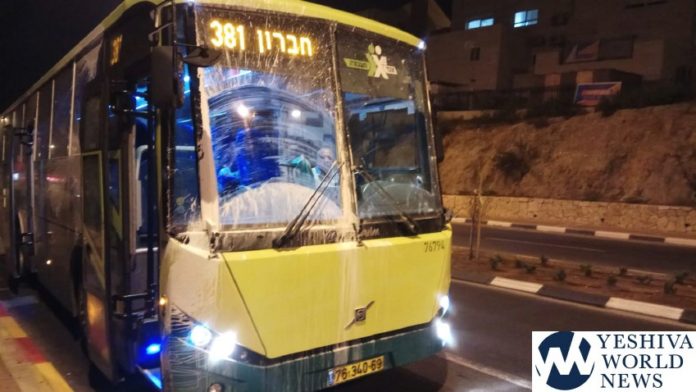 Arabs hurled a can of white paint at a bus heading to Hebron. The attack occurred in the area of Beit Omer, north of the holy city.

While there was damage to the bus, B’chasdei Hashem, the driver acted quickly, turning on the windshield washer and succeeding in removing the paint before losing control of the vehicle due to a lack of sight of the road ahead, which is what the terrorists hope will occur.

This is not a new form of terrorism, but an effective one, used generally against buses and military vehicles, in the hope the driver will be blinded for sufficient time to result in the vehicle traveling off a road of slamming into other vehicles. 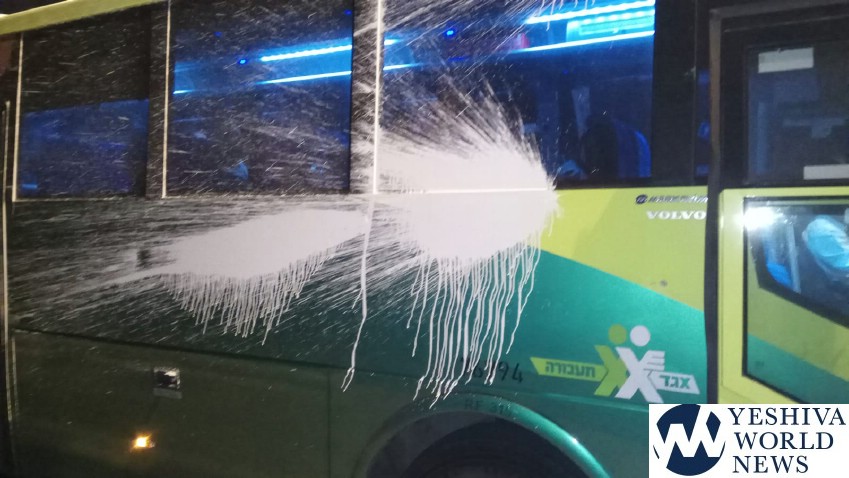