The Sixth Congress of Leaders of World and Traditional Religions kicked off Oct 10 in Astana Kazakhstan, gathering more than 80 delegations, includes dozens of leaders from around the world. Sephardi Chief Rabbi, Hagaon HaRav Yitzhak Yosef and his Ashkenazi counterpart, HaRav David Lau were in attendance.

He urged all world leaders, religious and political, to condemn forthrightly every terror attack, especially those “done in the name of religion”.

“In the event of a terrorist incident, our voices as spiritual leaders must be heard with courage and pride. We mustn’t remain silent; this silence is tantamount to identifying with terror!”

The Rishon L’Tzion concluded his speech with a bracha to all the leaders, “Oseh shalom bimromav, Hu ya’aseh shalom aleinu, v’al kol Yisrael.” 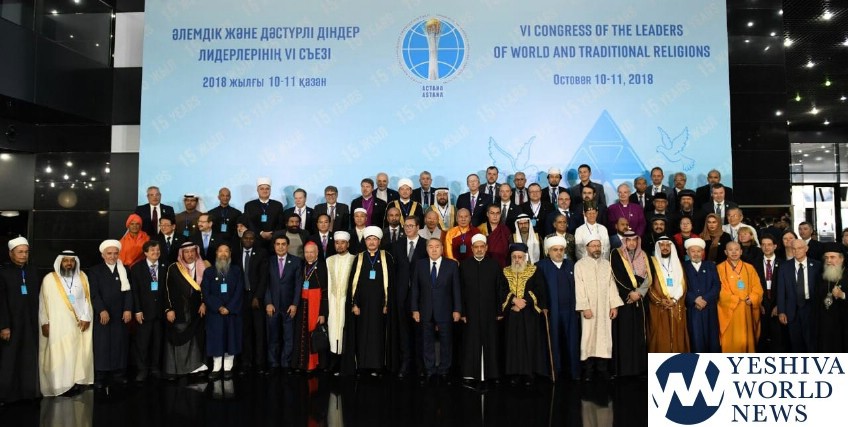 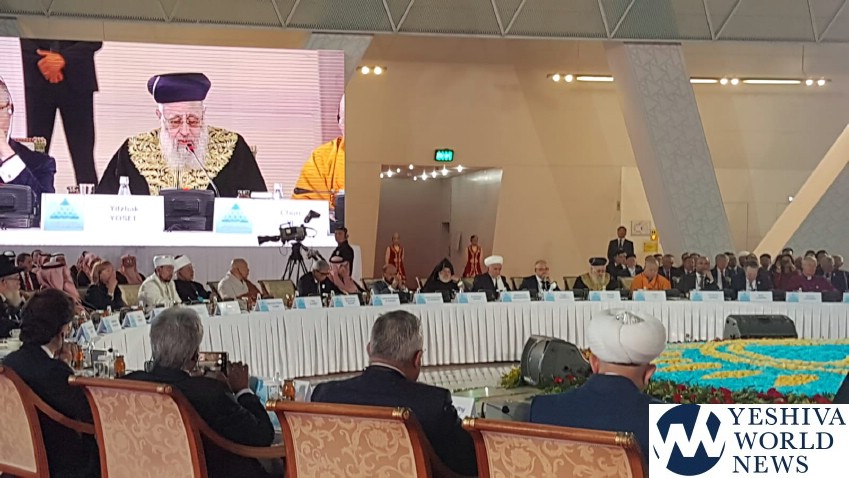 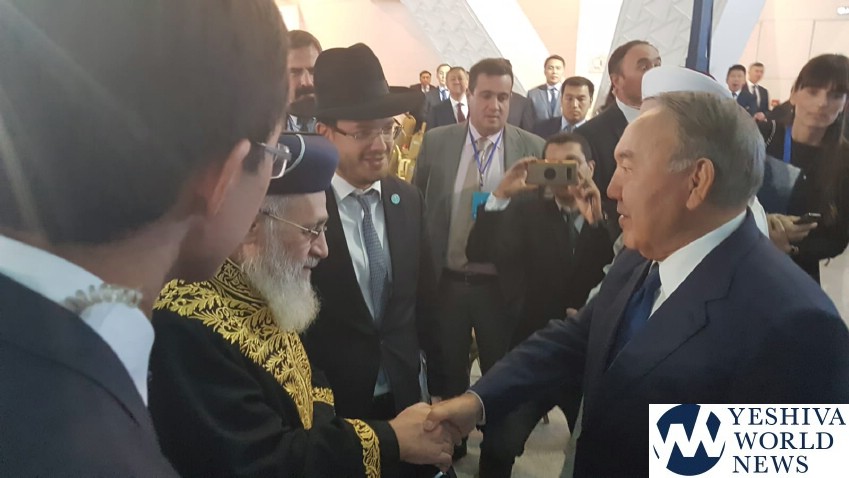