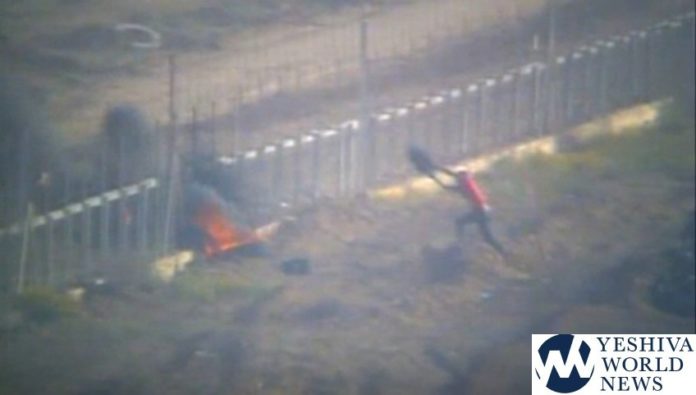 A Gazan terrorist succeeded in infiltrating into southern Israel on Friday evening at about 7:00PM. Security forces detected the incursion at the northern border fence. The suspect was taken into custody. According to officials, he did set a hothouse along the border ablaze.

The IDF reported that a preliminary investigation of the incident revealed that the suspect was identified near the security fence in northern Gaza before crossing and continued to follow him during the incident in which the suspect was identified. An alert was sounded, and a large force was summoned, including civilian first response teams in the area, that working with soldiers. The force isolated the area of the settlement from the area in which the suspect tried to hide.

The area was combed thoroughly by security forces, arresting the suspect near the hothouse about one kilometer from the yishuv, but not before he set fire to a portion of the hothouse. The lone terrorist was unarmed and was taken into custody. The incident is being probed by officials.