Today, Tuesday, 5 Kislev, is Runoff Election Day in a number of cities and municipalities around Israel, including Yerushalayim and Tzefas.

The vote marks the second round of municipal elections in cities where no candidate secured at least 40 percent support in the Oct. 30 vote. The closest watched runoff race is in Jerusalem.

With the incumbent Nir Barkat stepping down to run for national office, a quartet of candidates squared off in an ugly campaign to replace him. The runoff features Moshe Lion, a longtime political fixture backed by much of the country’s top leadership, facing off against Ofer Berkovitch, a young secular activist pushing a progressive agenda against Chareidim.

Leon, a former director general of Prime Minister Benjamin Netanyahu’s office in the 1990s, enjoys the support of Degel Hatorah, Shas and others.

Hagaon HaRav Chaim Kanievsky attended a major Yom Tefillah at the Kosel on Monday, to Daven on behalf of Leon. The Yom Tefilla was attended by more than ten thousand, and was done jointly with hagaon HaRav Sholom Cohen of Shas. The Chassidim, under the Agudas Yisroel, are not going to be voting. They took a beating in Yerushalayim in the first round, and refuse to come under umbrella with the majority of the Frum voters in Yerushalayim to ensure an easy leon.

Rav Chaim Kanievsky wrote a letter to all voters encouraging them to vote leon: 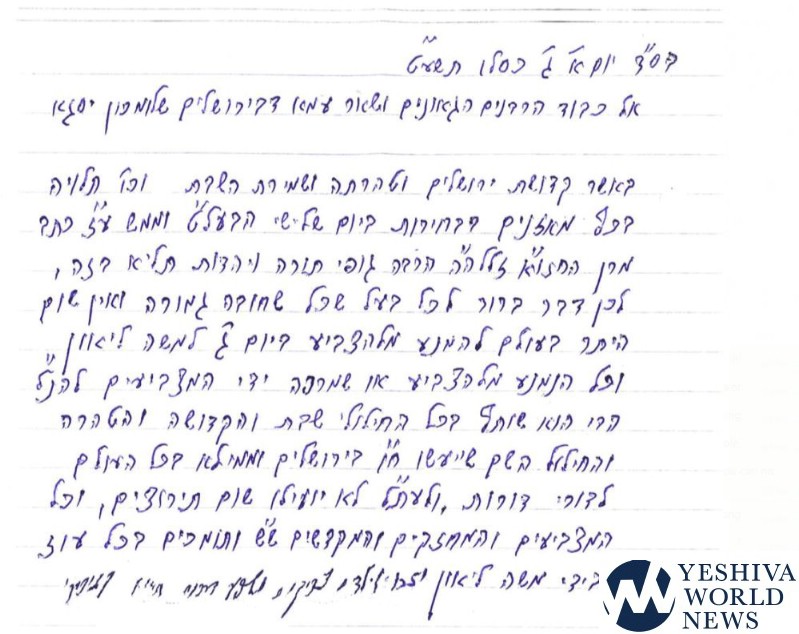 The 35-year-old Berkovitch heads a joint group of secular Jews.

Jerusalem Mayoral Candidate Moshe Leon, the candidate of Shas and Degel Hatorah, began his morning with a visit to the Kosel to be mispallel. 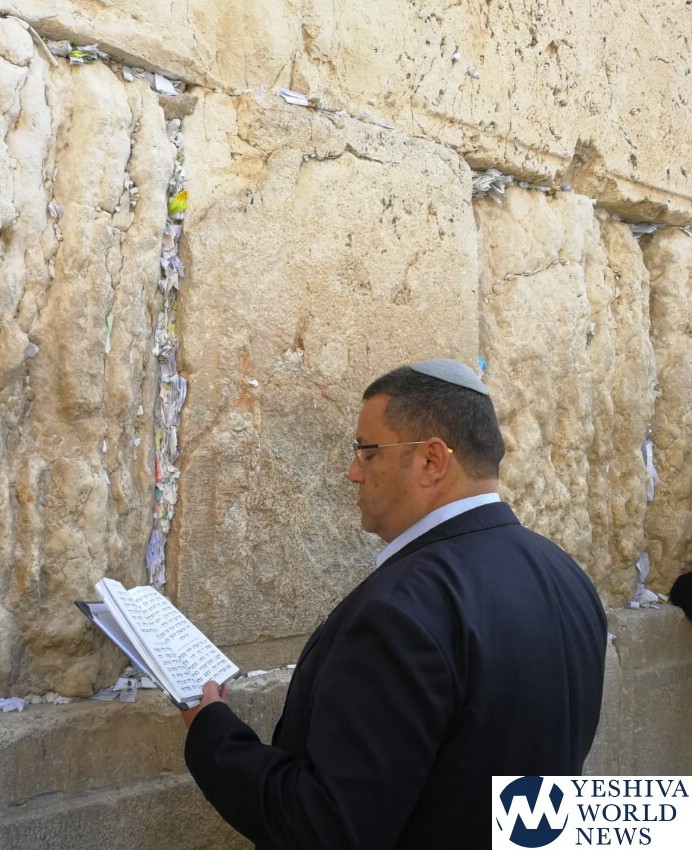 Jerusalem mayoral candidate Ofer Berkowitz, who is running against Moshe Leon, does some last-minute campaigning on Runoff Election Day morning at Hadar Mall in Talpiot, including a visit to a fitness center.

The Peleg Yerushalmi-affiliated newspaper, HaPeles, on Tuesday morning, Runoff Election Day, calls for working to make certain Moshe Leon is not elected as the next mayor of Jerusalem. The order of the day is to “vote against Moshe Leon”, without saying “vote for Ofer Berkowitz”, the secular mayoral candidate.

Ironically, Leon’s “sin” according to the faction is his membership in the Likud party, which by the way is not coming out in support of his bid to become mayor. In addition, he is ‘Lieberman’s man’, and the defense minister is working against the Peleg’s view regarding the draft law.

The Peleg is also counting on the public’s short memory, since in the first round they strongly supported the candidate Ze’ev Elkin, who received his support even though he was a minister in the Likud government and one of the party’s senior members.

The secular candidate in Tzefas votes

The secular candidate for mayor in Tzefas, Shuki Ochana, votes today. He is running against chareidi candidate Menachem Gelbech.

Prominent Chabad rabbonim in Yerushalayim are calling on their tzibur to vote for Moshe Leon in the Jerusalem runoff election. While admorim have adopted the position of ‘שב ואל תעשה’, the elder of the Chabad Beis Din, HaGaon Rav Avraham Michael Halprin Shlita explained that one is required to vote in the election, and the candidate in Jerusalem is Moshe Leon, who is Shomer Shabbos and assists Chabad mosdos in the city.

His words are echoed by HaGaon HaRav Tuvia Blau Shlita, rav of the Chabad community in N’vei Yaakov, Yerushalayim. He explains the Rebbe said one must vote and in this case, the appropriate candidate in Leon.