The president of Chad on Sunday became the first leader of his country to pay an official visit to Israel, deepening Prime Minister Benjamin Netanyahu’s outreach efforts to African states in what he says is a joint struggle against Islamic militants.

Both Idriss Deby and Netanyahu stressed the centrality of security cooperation, even though the countries do not have formal diplomatic relations. Chad, a Muslim-majority country in central Africa, broke off relations with Israel in 1972.

“The fact that you, the leader of an important African country, is coming to Israel to renew our friendship and our relationship, I think is a testament of what is going to happen with other such countries in Africa as well,” Netanyahu said at a joint press conference.

Netanyahu has made significant efforts in recent years to court African countries — who long shunned Israel while expressing sympathy for the Palestinians.

He has found common ground with many African states in a shared struggle against Islamic militant groups. Chad has played a key role as a partner of the United States and other North African countries in combatting jihadist groups such as Boko Haram in the Sahara.

Netanyahu also believes that such alliances, along with similar outreach efforts in Asia and Latin America, will also blunt Palestinian influence at the United Nations and other international bodies.

Deby said that while he’s eager to renew “very strong” diplomatic ties with Israel, such a detente does “not obscure the principle on the Palestinian question.”

Netanyahu would not answer questions about whether the two leaders discussed potential arms sales to Chad.

The desert country is one of the world’s least developed states, according to the World Bank’s Human Development Index. Chad’s government has been accused of widespread human rights abuses and rigged elections. Deby took power in 1990 and has since been re-elected five times.

Deby’s visit came scarcely a month after Netanyahu returned from a surprise visit to Oman, an Arab state in the Persian Gulf that does not have diplomatic ties with Israel.

Netanyahu said Sunday that “soon there will be other visits in Arab states.” 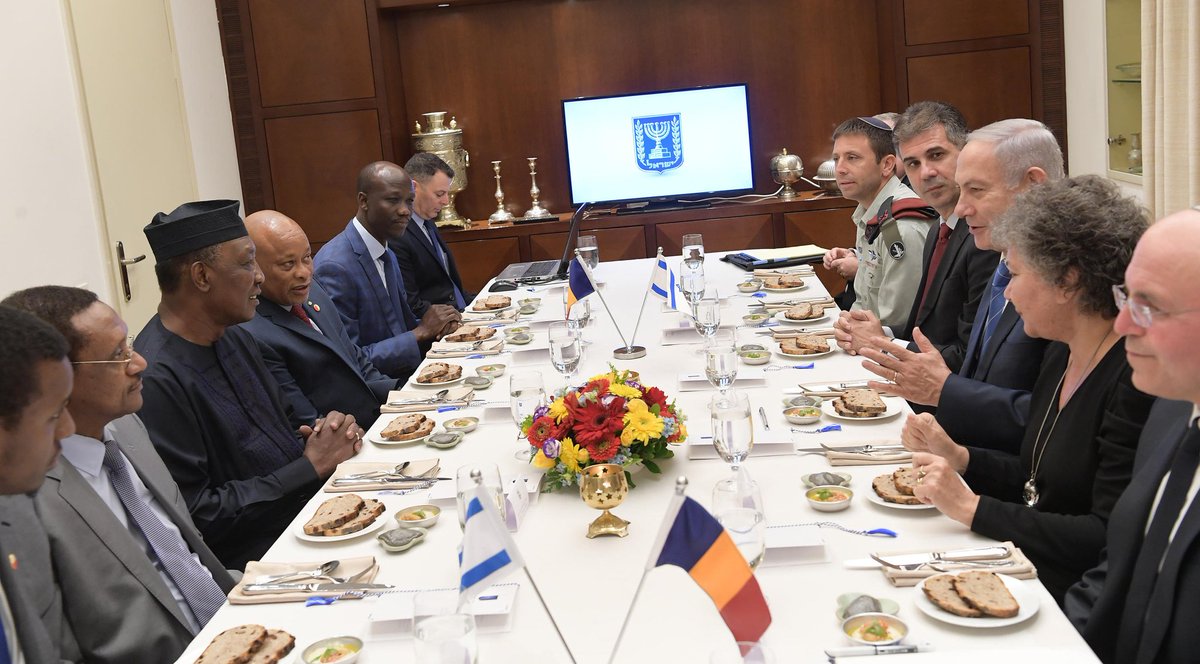 President of Chad, Idriss Deby, at Yad Vashem on Tuesday: