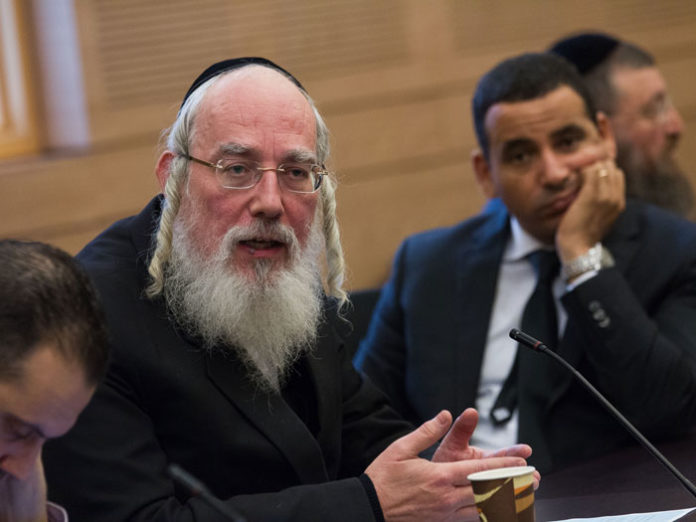 As tensions flare surrounding the controversial draft bill in Knesset, Yesh Atid opposition party chairman, MK Yair Lapid, in his customary fashion, spoke out against the chareidi leadership. MK Yisrael Eichler did not remain silent, but responded on Wednesday night, calling on Lapid to stop the anti-Semitism against the chareidi tzibur.

In an address from the Knesset podium, Eicher addressed Lapid. “True, there are huge debates in the Knesset between people, views and streams of religious observance but there is no permission to express anti-Semitic expressions against Jews.”

Eichler reminded the plenum that Tommy Lapid and his mother had arrived in Switzerland on the Kastner train: “Those who received them were chareidi Jews, and when the refugees immigrated to Israel, the members of the old and new yishuv absorbed them and still receive the immigrants with love. You do not give us more than we gave you and still give you today.”

Eichler concluded: “To say about such Jews that ‘the chareidim will receive money under the table’ is an expression that cannot be tolerated in any way, and the debate will continue, but we demand that everyone refrain from using anti-Semitic expressions.”